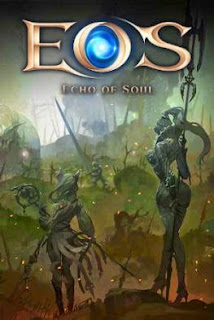 Echo of Soul is the latest Korean MMORPG to be published by Aeria Games. I was fortunately enough to get into the closed beta to check the game out.  I found a few very interesting things tha I want to dive into right away.

What I have in the works this month.

I know it has been awhile since the last post but I have a few things in the works. First will be a review of the recently released Neverwinter for the Xbox One. I will be following that up with a preview of the upcoming MMO Echo of Soul from Aeria Games. The last thing is hopefully another preview, this time of Smite for the Xbox One, assuming that there is no NDA in place.  So stick around and get ready for some hot stuff happening soon here at GVN.
Posted by HuBBs at 8:31 PM No comments: