Hey everyone, Hubbs here. I know it's been quiet this past month but per usual, the summer season is relatively slow with less interesting games coming out and what not. However, in August I am looking to pick things back up by hopefully getting a couple videos out. One August vlog video and the other, the annoying top ten NES games that I mentioned about briefly. Getting used to my new position at work, a new child and fixing up my pc has been the priority of late. So hang it there and get ready for a nice little video when August begins. -Hubbs
Posted by HuBBs at 5:58 PM No comments: 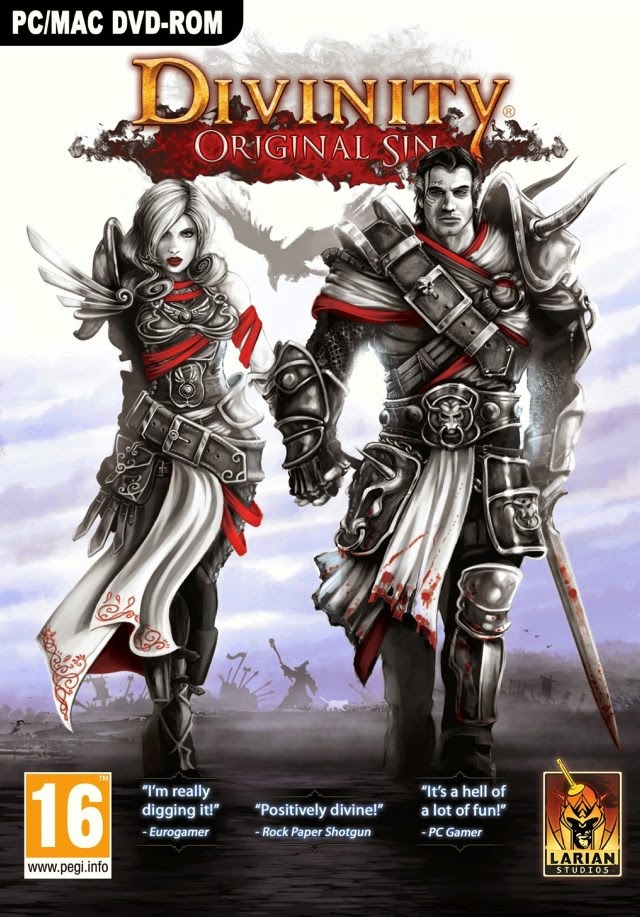 Larian Studios did something I never expected; they went far beyond the expectations for Divinity: Original Sin, the latest game in the Divinity franchise. After the fans spoke out and helped Larian reach their Kickstarter goal, the company did everything they can to prove to their supporters they were out to make one of the best games possible. Divinity: Original Sin is an incredible game that heralds back to the heyday of classic point and click RPG’s, and in many ways surpasses many of the greats like Icewind Dale and Neverwinter Nights. Larian Studios managed to set new standards in the realm of role playing with it’s unique approach to storytelling and highly addicting gameplay. Granted, it’s not a perfect experience, but the pros of playing Divinity: Original Sin heavily outweigh the issues that arise during your time playing.

This is a new style for me to try out.  Sorry, I didn't really have time to dedicate to writing a full review for each of the games below but I really wanted to cover them.  So this felt like a reasonable compromise.

Gamers VS The Internet:
The Battle of Intellect, Skill, Data Transfers, and Broadband Connections


Over the past 20 years, the Internet has streamlined itself into being a very core part of our everyday lives. It was something that was based on ideas branching off from "The Difference Engine" in 1822, delivering the very first "Email" in 1965, being coined "The Internet" in 1974, then dubbed the "World Wide Web" in 1989. This world changing development in technology has brought forth such iconic and heavily used websites such as Ebay and Amazon in 1995-96, our beloved Google in 1998, the infamous Wikipedia in 2001, to now being accessible from the device in your pocket on a regular day to day basis.

So what does this have to do with Gamers today? Well, a lot. As technology advances, so does the Entertainment Industries. The Video Game Industry is heavily dependent on these advancements to make the Next Gen console and experience that is sitting in your living room, bedroom, or even at the tips of your fingers that also allows you to read this article right now. Nowadays, if you're not connected to the Internet, you're missing half of the experience (or so they say).

The Internet has changed so much about how the typical Gamer sees their gaming experience. It has changed the way they seek out information about a game, how they use or view the information, and even how they perform when using their new found knowledge.

For now, let's take a look back to the 80's. A time before Microsoft jumped into the video game console war in 2001, before Sony won over the industry with their first mainstream gaming console in 1994. Let's look at a time when information about video games was very few and far between. When you had to buy a monthly magazine at your local retailer that carried the particular gaming magazine that you sought after for what was going on in the mysterious realm known as the Video Game Industry.