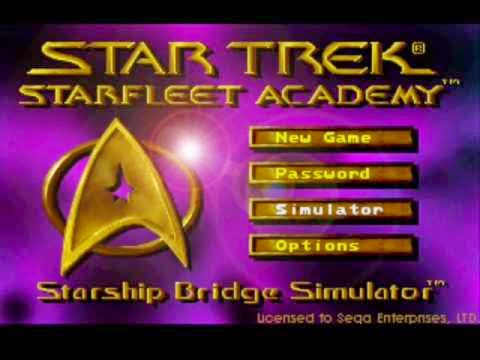 We continue Star Trek talking about one of the few obscure titles in the franchise.  It isn't so much a game in the sense of the other titles that came out at the time, but it was more like.... well a simulator. Starfleet Academy actually takes place during the Original Series and you can tell because you never see a Efrosian in The Next Generation and beyond. 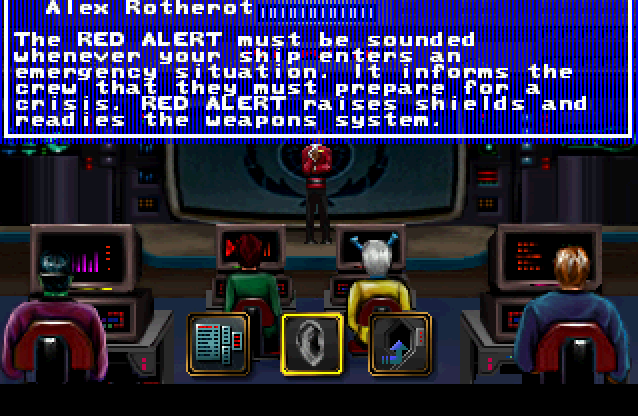 Pretty much the nuts and bolts of Starfleet Academy is to take the helm of a virtual Bridge and partake in multiple scenarios.  The scenarios can vary from basic maneuvering of your ship, learning to use your tractor beam and engaging in ship combat.  Mission briefings before each scenario always start with a class lecture reminding you of what you're objective is and also giving you hints about playing the game.  At the end of the game, you are even offered the chance to tackle the legendary Kobayashi Maru mission that made Captain Kirk famous.

Outside of the simulator there is a break room where you can play pool, talk with the local barkeep and introduce yourself to your fellow classmates who will partake in the simulator with you.  One of the last things you can do is partake in some fun simulated missions taken from Star Trek 2 and Star Trek 6.  Here you have a chance to relive some of the epic space battles from the two motion pictures.

There is also a split screen two player mode where you and a buddy can have some epic ship battles using Klingon, Romulan and Starfleet ships.  Outside of that, there is really nothing else to do with the game.  The simulated missions aren't rather long, but because of some wacky explanations, you might have to redo a few times to pass.  The bridge commands are regulated to the star button which acts as a quick menu.  The controls are you navigate your ship are pretty responsive and there's really no issues to be had there.

The graphics, though very dated, are pretty good for the 32X, which has showcased a lot of decent 3D games.  The polygons and framerate aren't that juttering and there's a decent amount of detail on the ships.  The one problem I have is the game's musical track which due to the limitations of the Genesis/32X hardware, is pretty high pitch and shoddy.  Some memorable tracks from the movie franchise make it in but they are not nearly as exciting or captivating. 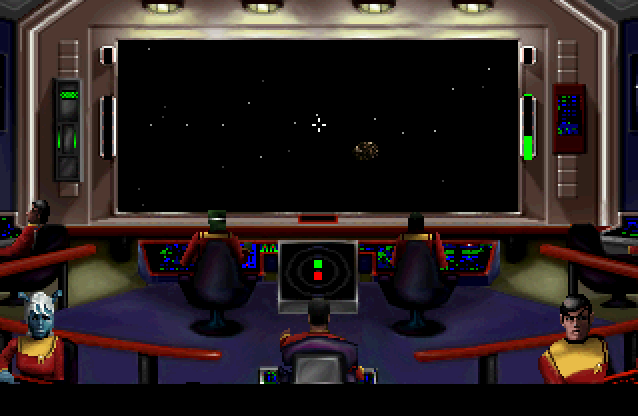 Overall, Starfleet Academy is just one of those oddball games that pops up every now and then from a long running franchise.  Like Star Wars Chess.  Starfleet Academy is an interesting little title but it honestly doesn't offer much in replay value but it is an interesting little collectors item.  So if you happen to find one feel free to snatch it up and enjoy it for what it truly is, an oddity of the past.