I have a new review up at Diehard Gamefan. The game is Atelier Meruru, it's an RPG, Alchemy, town growing sim game. Check it out. 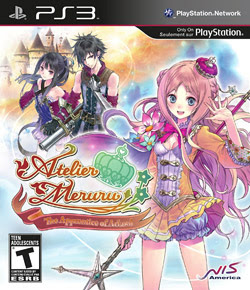 "Atelier Meruru is a real difficult game for me to describe. On one hand you have an RPG where you, as Princess Meruru, are trying to expand her kingdom and prepare it for the merger with another kingdom. Then there’s the kingdom expansion that is reminiscent of a town growth simulator. On top of all of that, you have an alchemy system that the game completely revolves around. I’ve never really experienced a more robust system inside a role playing game before, and I was definitely interested in trying something new."
Posted by HuBBs at 11:43 PM