Finally got another review up for Diehard Gamefan. This time for a little WiiWare arcade title called Vampire Crystals. Check it out. 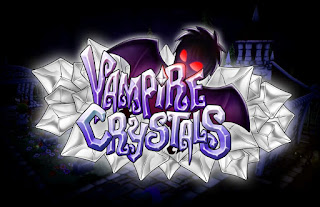 "Vampire Crystals is a little gem that came out just before Christmas, at a time when many people were pouring their bank accounts into the annual Steam sale. This is a shame because Vampire Crystals is definitely a fun little romp for your Nintendo Wii. Vampire Crystals is a small WiiWare title from the minds at Shanblue Interactive that doesn’t hide its heavy influences from Smash TV. It’s a straight forward run and gun action arcade title that up to four people can play together and provide a good chunk of fun even with its flaws."

Review Diehard Gamefan: Vampire Crystals
Posted by HuBBs at 10:26 AM