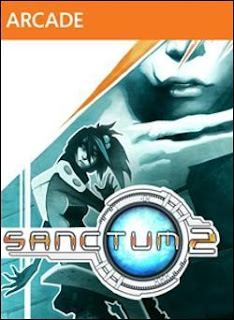 A new review is up from me over at Diehard Gamefan.

"I never played or read up much on the first Sanctum when it released back in 2011.  I have never been a big fan of the tower defense genre of games.  For whatever reason the concept, though novel, just never clicked with me.  So when Sanctum 2 was released I decided to look into it.  The idea of creating a hybrid genre by mixing it with a first person shooter setting merited me to play it.  To my amazement I was surprised by how well the two genres can work together.  Does Sanctum 2 offer me enough variety to keep me hooked and playing?"

Follow the link to read my Diehard Gamefan Review: Sanctum 2
Posted by HuBBs at 11:02 AM