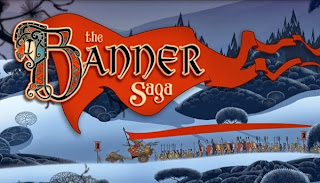 ﻿
The Banner Saga
Genre: Tactical RPG
Publisher: Versus Evil
Developer: Stoic
Release: Jan 14, 2014
Twenty-fourteen is off to a great start already with the stellar release of The Banner Saga.  The Banner Saga is a deep choice driven﻿ tactical RPG with results that alter the outcome of the endgame.  By endgame I mean after the next two games in the planned trilogy have released of course.  The Banner Saga is also a genre mixing game that has a segment that is very similar to the classic "The Oregon Trail" where you have to travel across a vast world and must have enough supplies to make the trek and make the right decisions to keep as many of your company alive until you reach your destination. 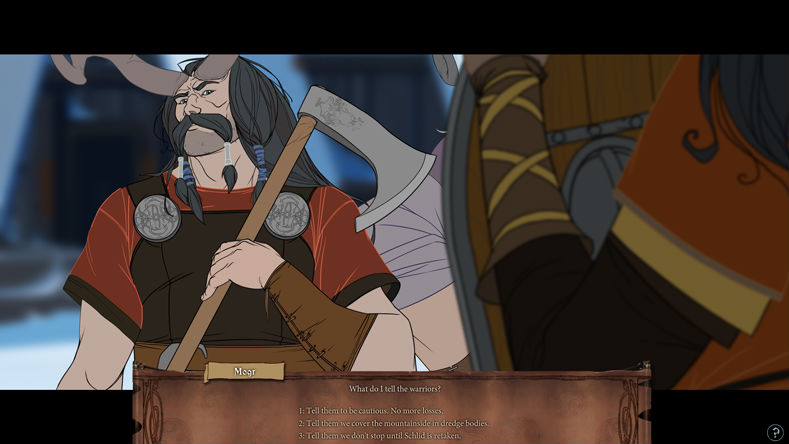 The deep story on The Banner Saga begins with a tale about how the Gods are dead and the world hasn't seen the sun since their deaths.  Two races, Humans and the gigantic Varl, have come to a truce after years of bloodshed.  In an agreement the two races have sent their races respective Princes on a trek to uphold the peace.  Along the way thing start to go awry when an ancient enemy called the Dredge, starts to cover the lands and war looks to be a certainty again.
The basic story of the game is really good and most games out there wish they had a back story that was even deep as The Banner Saga's.  The story however does follow a couple of caravan's, one lead by Varl as they escort the human prince, the other caravan is a group of survivors escaping the dredge attacking their homes.

What's great about the story is that you have complete control over it, which is something that few RPG's really give the player .  Or sometimes giving players the illusion they have control over the story.  With the two caravans, you are given decisions over what can happen along your journey.  With the Varl caravan, you might spot some Dredge along your way and you have the option to attack, them, ignore them, or maybe warn a nearby village of them.  Each decision comes with a different outcome and with the overlapping story arc of the Banner Saga being penned as a trilogy, every action seems pretty pivotal.  You could lose people in your caravan due to hunger, or they chose to leave because of low moral or you banish them from your sight.
All the characters and their personalities are still very consistent despite whatever decision you make.  You have stubborn and proud Varls like Iver and Hakon whom equal out or contrast the human characters like Rook and Alette.  There's also signs of tension between the two races like the Prince Ludin butting heads with Hakon about battles and setting basecamps.  Everything plays out wonderfully and the characters actually feels like real people with their own moral compass and smart-alecky remarks.
Now speaking of the battles, there are a bunch and they most definitely shine.  I'm a fan of classic tactical/strategy RPG's like Shinning Force, Fire Emblem and Arc the Lad.  It's a grid based movement system with an isometric view.  The battle system works pretty well with it's alterations to the standard tactical formula. 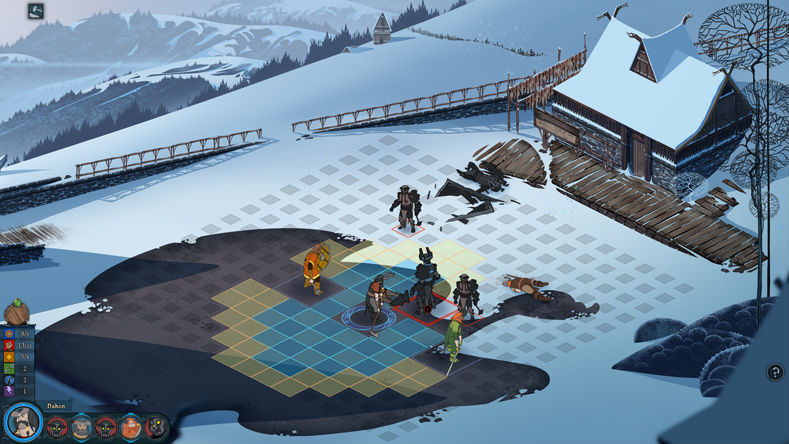 You can move each character a set distance, or sacrifice some will power to move them a bit farther.  You can even use this will power for extra damage to your enemies health or armor.  Breaking an opponents armor allows you to do more damage to them later on.  There's also various abilities that each character has which can improve the flow of the fight. Some characters have area effects attack moves that can dish out armor or health damage, or a rallying call that can boost a fellow character's abilities.
At the start of every battle you are also given the choice of positioning your characters in set locations of the battle area.  This can usually be a good thing or trivial depending on which characters you have in your party.  You have the option of leaving a single strong character by themselves or give them support by surrounding them with others from the party.  Doing so can divide the types of enemies you want to draw away from the weaker members of your group allowing them to take pot shots or gain more will power.
Now despite my statement that the battle system shines, The Banner Saga's graphics definitely outshine and can easily overshadow the battle system.  The high quality of the hand drawn artwork is staggering.  The conversation stills that pop up throughout the game shows off the amazing detail in all the characters that you come across, be it the main characters like Ludin (that embarrassing goatee stands out like a sore thumb) or one off characters like random villagers.
The backgrounds as your caravan traverses the region and in the cities and campsites you visit are all equally detailed and beautiful to look at. The hand drawn fields of snow and forests look gorgeous and put almost every 2D game out there to shame.  The battles are where the graphics look the most impressive with a huge diverse of colors, impressive looking enemies, wonderfully detailed battle arenas and impressive animation.  The battle animations alone are the bread winner as they come across very clean and fluid.
Unfortunately I can't say that The Banner Saga's soundtrack is even close to being as impressive as its graphics.  Or rather a huge lack of music to begin with.  The only times I have heard any melodies it was in battle, in city bars, the main menu or when the caravan is traveling.  Other than that it's just plain generic ambient noise and sound effects. 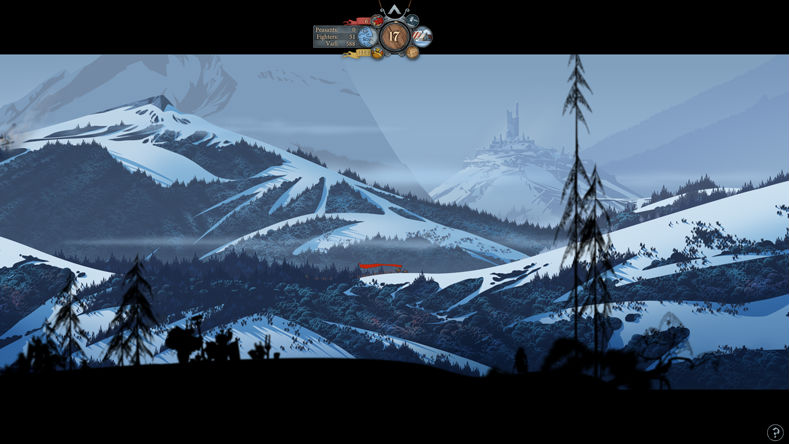 However that's only a minor deterrent since The Banner Saga as a whole is a stellar game from beginning to end with a lot of replay value.  As mentioned earlier, almost every decision in the game leads somewhere down the road.  Some of these decisions and actions are felt almost immediately while the rest you won't see till the next installment is out.  The whole story arc could hinge on something as seemingly minor as refusing to let Ludin join you in your next battle with the Dredge.

As a whole, The Banner Saga is a great experience that everyone should definitely pick up and play.  It's not just for the hardcore tactical RPG fans out there.  There's plenty for people to enjoy with lots of achievements, heavy Viking influenced lore, amazing art direction and great combat.  The game can get a tad slow with the interactions but they don't really last long.  The combat is very refreshing and a ton of fun.  There's just a lot here for everyone to enjoy.
Final Grade: A-
Posted by HuBBs at 11:14 PM