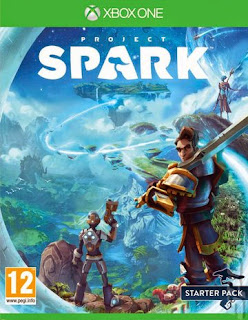 "Project Spark is an incredibly ambitious idea that Microsoft released. It’s one part game creation studio, one part online community project and a little bit of a game here. The one thing that is heavily push is the idea of creating worlds that you share with friends and other people around the world. It’s bold move for Microsoft especially after they just bought the Mojang games, makers of the insanely popular Minecraft. However does this concept of one part game creation studio and other part interactive game translate well? To be honest my feelings regarding Project Spark are mixed"

This is my most loved Xbox One game, and really beats out a few different games I've played through the years.I've been playing subsequent to the beta version and haven't ceased.Few games fuel my interest and drive to create,while giving.As Spark grows,so do we.I think in years to come better and better manifestations will happen to this.@Betty Allen.