Here we go. Another round of Quick Pick games where I recommended two new games you need to check out.  Today I have an HD re-release of an independent Dreamcast game from Hucast and the latest entry in the Fire Pro Wrestling franchise. 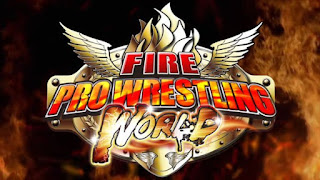 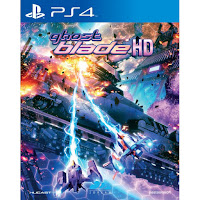 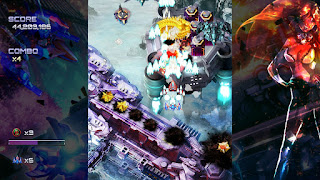 Ghost Blade HD is a 2D Bullet Hell game made by Hucast Games and originally released as an independent game for the Sega Dreamcast.  Bullet Hell games are the evolution of shoot'em ups with the screen being filled with hundreds of projectiles.  I never had to opportunity to get the Dreamcast version how I landed the HD Limited Edition and let me tell you, I really enjoy this game.  Shoot'em Ups or Bullet Hell games are a genre that I really enjoy but rarely play.  I have been playing Ghost Blade a lot.  The only other Bullet Hell game I can compare it to is Mars Matrix on the Dreamcast. I know there's a couple others but the aesthetics are similar.  You get to pick a ship that has varying degrees of speed and firing range.  The graphics have this mid to late 90's Neo-Geo style graphics to them.  The music is loud and frantic and amazing.  Sadly the two biggest downfalls is the lack of additional content like unlockable music or artwork and being a relatively short game with only 2 play modes.   But its a Bullet Hell shoot'em up and they are usually great for killing time and short play sessions and this one delivers on the action and fun.  It's definitenly not for every and could even mess with your eyes due to sensory overload of the overwhelming number of objects on screen.  However it's only $9.99 and totally worth it.

Recommendation: For hardcore fans and people who are looking for a short fun play session. 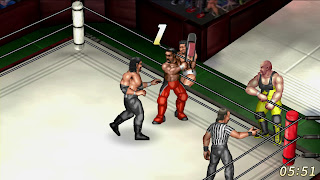 Fire Pro Wrestling World is the return of a wonderful wrestling franchise that was mostly exclusive in Japan.  The franchise was mostly well known for its intense calculating in ring antics and create a wrestler mode.  That continues with the latest entry, Fire Pro Wrestling World.  It's currently in early access from it seems really far along for a game that isn't at 100%.  We have a plethora of modes from single match exhibitions with a multitude of match types, tournament mode and even online play.  The real winner here is the ability the Create a Wrestler mode and the ability to share them over the Steam marketplace.  Yes that's right, people have been hard at work making replicas of their favorite wrestlers and pop culture icons and made them available for download.  You can finally have that dream match of Krang from the 80's TMNT against Stone Cold Steve Austin.  The game play itself is very fast pace.  The intensity of doing fast input for grapples and trying to out navigate your opponent in the ring is exhilarating.  I can't wait to see what improvements are coming as the game continues to receive updates.  I absolutely recommending getting this game for wrestling fans as the mechanics at first are very off putting but with patience, can be learned and very enjoyable.  It's only $20 on Steam right now and definitely worth the Early Access price.

Recommendation:  Absolutely a must for wrestling game fans.
Posted by HuBBs at 5:23 PM