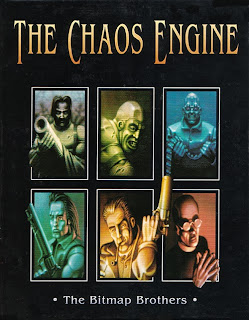 "The Chaos Engine was one of the big hits released for Commodore Amiga computers back in 1993. It was quite a popular game and found itself being ported to various computers and consoles. For Super Nintendo and Sega Genesis gamers in the USA, the game was renamed to Soldier of Fortune. The Chaos Engine was a steampunk themed action game that centered on Co-op play with either a friend or a CPU controlled ally."