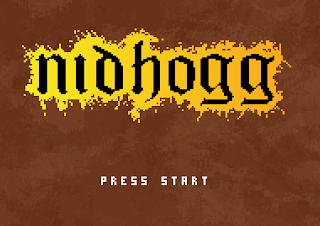 "The saying, “Looks can be deceiving” definitely applies to Nidhogg, an indie game from developers Messhof. Nidhogg has the graphical style of a classic Atari 2600 game, but underneath the deceptive simple graphics is an exciting, action driven and addictive multiplayer game. Nidhogg is an arena fencing game that pits two players against one another. The goal is simple: each player must reach their exit goal to win the match. All you have to do is kill your opponent that stands before you. Sounds simple but it’s anything but."
Diehard GameFan review: Nidhogg﻿
Posted by HuBBs at 9:42 AM

The particular demand for totally free Runescape records has never been larger. You will find over One hundred forty British Runescape hosts around the world, understanding that number carries on growing.