This is a new style for me to try out.  Sorry, I didn't really have time to dedicate to writing a full review for each of the games below but I really wanted to cover them.  So this felt like a reasonable compromise.

What we have here is another port of the fabled remake of the Nintendo Famicon classic that debuted on the Nintendo DS.  The game is a very solid and still fun game to this day, even after it has been ported to Sony's PSP, and to mobile phones.  Final Fantasy 3 shines where it counts most.  It's a big game with lots of exploration, lots of secrets, addiciting combat and beautiful music.  In fact the music shines here the most because it's not limited to the weak speaker systems of mobile devices.

The combat is a traditional turn based system which oddly enough makes it feel faster than the active time combat system of the later entries in the franchise.  One of the disappointing factors about FF3 for PC involve the fact that there are less enemies on screen as compared to the Famicon original.  This is in part due to the screen size and resolution of the original Nintendo DS because they couldn't nearly fit as many monsters on screen.

Since FF3 is a port of the 3DS and PSP version, the graphics have only received a minor face lift, i.e. higher resolutions.  This makes Final Fantasy 3 look like an original playstation game played on a PC emulator.  The graphics were nice for those handheld systems but bringing it to PC's wasn't really kind to the already 8 year old remake.  The blocky and low res textures are very off putting and in many ways looks very basic when compared to the last 32bit entry of the series, Final Fantasy 9.

The replay value is there for all you would be explorers.  The job system is one of the most robust in the entire franchise outside of the Final Fantasy tactics series. The combat is very balanced and never makes you feel the need to grind excessively.  However the big question is; is Final Fantasy 3 really worth purchasing?  Truthfully no unless you skipped out on all the mobile releases up to this point.  I can't truly recommended picking up Final Fantasy 3 just like I can't recommend picking up any game that has been ported more than a few times.  It gets old fast and there is no true reason for it to exist. 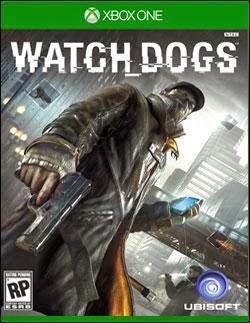 Ubisoft has given us a really good game.  Sadly Watch Dogs does fall flat on many of it's promises but it still turned out to be a solid experience.  Watch Dogs delivers on giving us a huge metropolitan city to explore (Chicago), filled with all kinds of graphical wonder.  The world is alive and vibrant, full of all kinds of life never seen before in a sandbox game.  The Grand Theft Auto series doesn't even have this amount of depth in there own worlds.  Civilians are each given details and characteristics that allow you to actually feel like you are a part of their world.  Of course there are times when the civilian AI takes a nose dive and brings you back to reality.  Just watch the traffic and people's reactions to just get a brief idea on how it falls apart quickly.

Watch Dogs is a very easy game to pick up and play.  You traverse the city performing some simple quests like car collecting, do a little site seeing and hacking into ctOS locations to have access to more quests and events.  The main story is a very simple run of the mill romp that can easily be done in a matter of hours.  It does manage to draw my interests but doesn't maintain it for long because I find myself getting sidetracked by all the other stuff in the game.  One of my favorites involve attempting to prevent crimes from happening as I hack into other people's devices.  Unfortunately there are some issues with Watch Dog's combat.  There is no real melee combat and you're primarily forced to resort to guns which can alert civilians to a crime and thus immediately getting the cops involved.  I also have issues with the cover system, sometimes it's a pain in the neck trying to proper move about and get the right angle to the proper part of the wall you want to be on.

One of the biggest features of Watch Dogs is the online multiplayer.  While not a traditional form of multiplayer, it does allow for you to interact with other players in the form of competition.  One mode, the one on one back door mode, pits one player attempting to hack and implant a virus onto another player's cellphone.  The hacked player has to locate the other player before the virus is completely uploaded, while backdoor player must avoid visual contact with the player but must remain in a certain area til his objective is complete.  What makes this mode exciting is that another player can enter you game at any time and attempt to hack you, keeping you on your toes.  There are a plethora of other multiplayer modes like a free roam mode, racing, and decryption duels.

And this is what makes Watch Dogs a great game because it has so much going on that other sandbox don't.  The level of interactivity is extraordinary with so many things at your finger tips.  Access to camera systems, hacking people's bank accounts, messing with traffic barriers, bridges, controlling trains, etc.  There's also a very indepth skill tree system that allows you to increase your skills in your hacking abilities, gun play, driving, and more.

Overall Watch Dogs is a great game all minor issues aside.  It's got a lot going for it in the single player and in the multiplayer.  The pacing and intractability of the city is amazing and really second to none for a sandbox game.  The brief issues with combat can be a nuisance at times, but you'll find ways to get around it.  Watch Dogs is definitely worth of looking into. 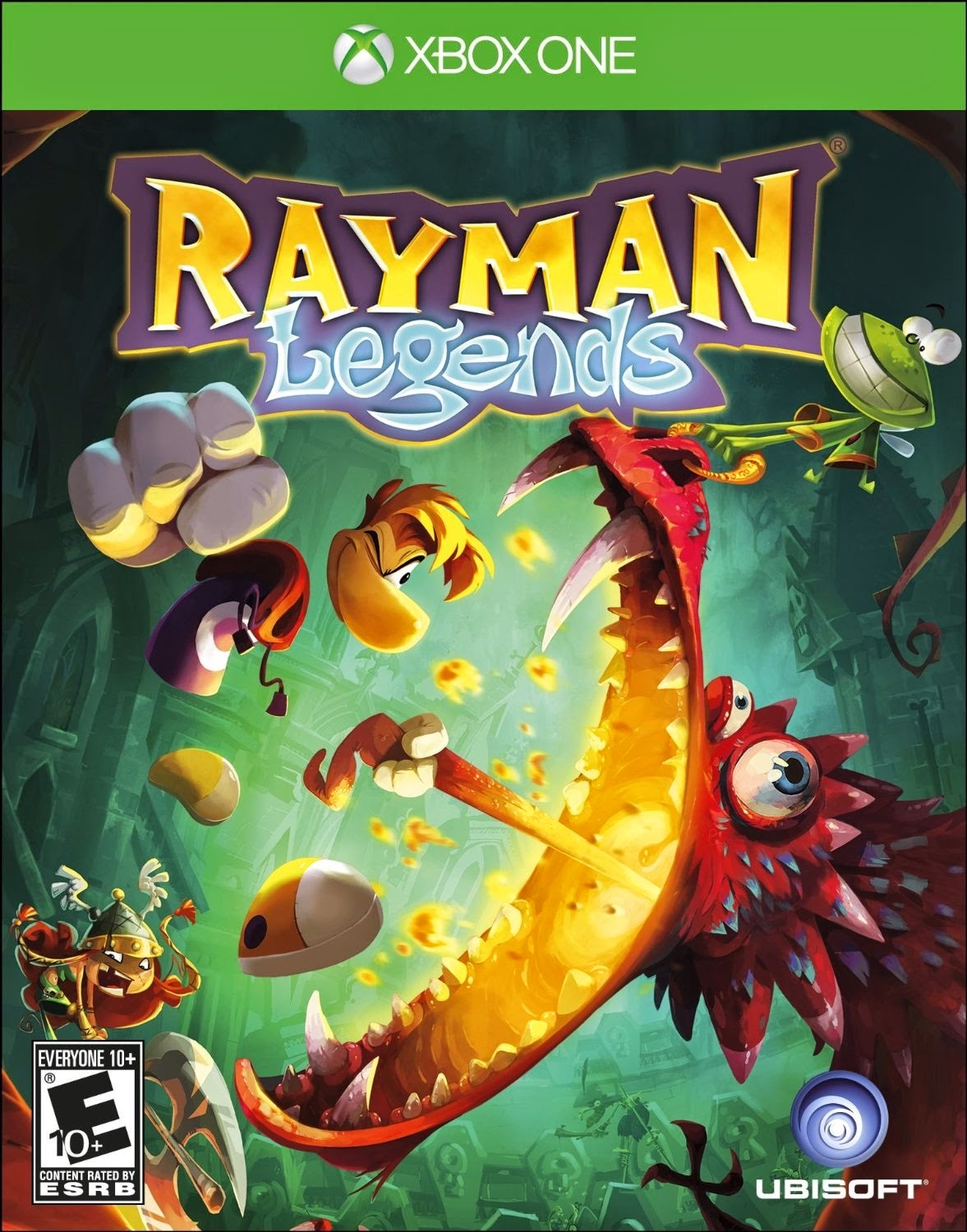 Rayman Legends released last year for the Xbox 360, Playstation 3 and the Wii U. Unfortunately I hadn't picked it up until recently and I pick the Xbox One to be my system of choice.  All I can say is WOW.  Ubisoft followed up Rayman Origins with this highly addicting and insanely fun sequel.  Rayman Legends in every aspect is grander than Origins.

Legends is an incredibly stylish and beautiful game to behold.  The art direction has definitely improved over Origins and overall the game is just straight up breathtaking.  The backgrounds, the sprites, the animation, just about everything is captivating and shows off that Rayman is very much a work of art in motion.

As a whole the addicting platforming action that Rayman is known for is taken farther.  The core play aspects from Origins remain intact like the spin attack, charge punch, collecting lums and rescuing Tinnies.  Added to that are now tons of unlockable content like extra characters, monsters with lum rewards, Rayman Origins stages and more.  The diversity of the levels are great as well. Some of my favorites are the ending stages for each act that are musical driven.  One of those musical stages rifts the tune of Eye of the Tiger and I enjoyed every second of it.

The difficulty of Rayman Legends doesn't really stem from a difficulty setting really.  No it just gradually increases allowing you to easily adjust your abilities for whatever quirky twist the game throws at you.  Some of the level designs do add to the difficulty but nothing that a few runs and muscle memory can't stop.  Some of the time attack stages are incredibly ruthless yet very simple and enjoyable in their design.

Unfortunately like the previous entry, Rayman Legends is an easily overlooked title and that's a shame. I highly recommended Rayman Legends as an instant buy.  There's plenty of content to keep you going for days and the challenge is more than going to keep a controller glued to your hands.