The Nintendo 64 is a system that comes with tons of nostalgic value.  Alongside the Sony Playstation, it signified the era of 3D gaming as something to be taking seriously as new avenues of possibilities opened up.  of course, the N64 was also the first time they took a back seat to their competitors in the consoles war, losing to brief console making partner, Sony.

Nintendo took a lot of risks with the N64, sticking with game cartridges over CDs, introducing the analog stick, and an expansion pack for improved memory.  Some worked out like the analog stick, which introduced precise control in a 3D environment, and even the rumble pack for force feedback while gaming.  Of course some things didn't work out. Nintendo's refusal to change formats meant that game cartridges cost a lot and took even longer to make.  Also many 3rd party companies like SquareSoft, left Nintendo's side and made games exclusively for competitor, Sony.  In turn this hurt sales of the system and the number of games released for it.

However, the N64 still continued Nintendo's push of quality over quantity providing some of the most memorable games ever during the 32/64bit era of the mid to late 90's.  Here are my personal top 10 Nintendo 64 games.


Honorable Mentions: In no particular order.  Also as a note, games like Conker, Pilot Wings or Wave Race, I did not get to play as often as I would have liked.  I enjoyed these games immensley but due to only having a limited amount of play time with them I have omitted them from my top 10 list. 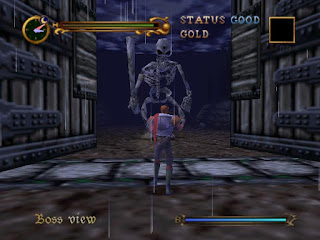 Through the years, Castlevania 64 has aged poorly and time hasn't been kind to it.  This day and age people consider it the worst game of the series even though it was well received upon release.  It wasn't a great game by any means as many 2D franchises made the jump to 3D didn't do so well.  However, Castlevania 64 was a decent game that I found many things enjoyable.  For starters I love the game's music, the title screen score alone was enough to win me over.  The music fit perfectly with the dark haunting environment of the game.  The controls were rather loose and took a while to get the hang of, but they weren't that bad.  Castlevania 64 had 2 characters to play as, which offered a different experience via attacks, abilities and different levels.  Unlike the later 3D Castlevania games, this one still managed to do what made the 2D games great with challenging level designs and platforming.  Honestly, Castlevania 64 really needs to be given a fair shake in this day and age. 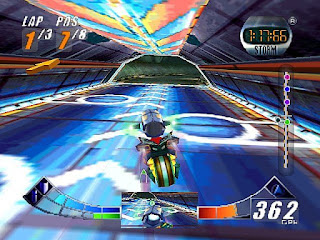 The first Extreme G game was a blast. Literally.  Insane speeds mixed together with crazy tracks, off the wall combat and some nicely designed futuristic bikes.  Extreme G 2 improved on all of that and even fixed some of the issues I had with the first.  There were more bikes added to the mix, bigger and crazier tracks to navigate and more unique weapons and abilities to help you win the race.  One of the issues I had with the first was how small and claustrophobic the tracks were.  The tracks were so narrow it as impossible to not hit the sides.  Thankfully, Acclaim fixed this with wider tracks which made it easier to maneuver around obstacles and opposing bikes.  They also added a pretty cool sonic boom effect for when you break the sound barrier. 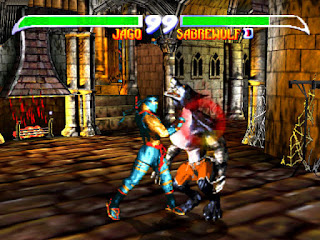 Yes, its a watered down arcade port of KI2, but it still one of the best fighters to have been released in the late 90's.  Aside from the fast paced combat and insane combos, one of the best things about KI Gold was how loaded it was with extras.  It was the only fighter at the time to have an in depth training option that taught you moves and even helped you work on your combos.  There were also extras colors to unlock for each character, an unlockable boss, tons of multiplayer options, and hidden codes galore.  I found all the fighters to be very unique and exciting to use, even the ones that don't fit my style of play. 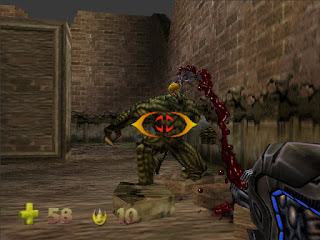 Honestly, Turok 2 took awhile to grow on me.  In so many ways it was different from the first game.  It was more cinematic and story driven than the first which added a nice narrative to the game.  Some of the levels felt more linear despite being bigger than the first game's, but still offered lots of secrets to be found.  The weapons are still some of my favorites in any first person shooter game today.  The variety of enemies and their improved AI gave me quite the challenge.  There was a fun multiplayer mode that nobody ever talks about.  It had a couple of fun game modes like Monkey Tag and even allowed you to play as a raptor. 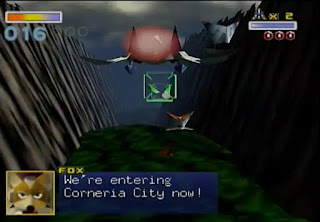 StarFox 64 to me was a rush.  Every time I picked up the controller I never put it down til I beat the game.  There is something about StarFox that captivates me every single time I play it.  I love how there are multiple paths to take as you march your way across the galaxy to take down Andross.  I also like how it switches up the style of play with various ship types like the tank, submarine, and the standard Ar Wing.  I really enjoy how there is so many secrets and collectibles and I have to push myself to do better each time.  I just love playing this game in general. 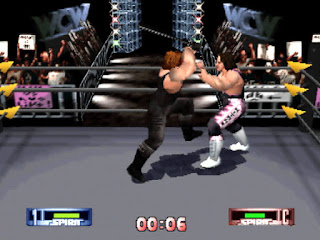 Near the end of the 1990's, wrestling games were at their height of popularity.  The playstation had their successful franchise in Smackdown and the N64 had WCW/NWO Revenge.  To me that was the best wrestling game on the system.  It had a huge roster that seemed to encompass the entire WCW roster and they all looked larger than life.  The gameplay and mechanics were easy enough to get the hang of.  The variety of moves and match types made it fun for hours with my friends.  I really enjoyed finally giving Jericho get his match against Goldberg and many other fantasy match-ups. 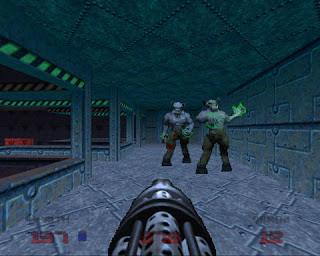 I am a big fan of the franchise.  DOOM 64 is hands down, my favorite fps game on the system.  Think about that for a second.  This game doesn't have any multiplayer modes at all.  Just a long, satisfying single player campaign with tons of things to kill.  Being a game developed solely for the N64, Midway was able to add some new gameplay elements along with the face lift that every monster received.  There were new traps, puzzles and even a new gun and boss monster.  The game's atmosphere was superb in that it went for more of the scare tactics than straight up action that the first two games went with.  Just everything about this game was amazing to me.


3. The Legend of Zelda: Ocarina of Time 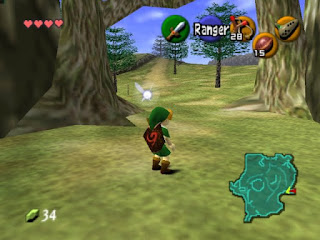 If you ever listened to my podcasts, you're probably not shocked Ocarina of time isn't my number one game.  I still stand by my statements that Ocarina of Time is a great game, but its far from being the best game on the system or the label as one of the greatest games ever made.  I felt that it was always a stellar game but didn't deserve the over-the-top praise that it has received over the years.  What I love about Ocarina of Time is how it properly uses the time travel mechanic as you bounce back and forth between young and late teenager(?) Link.  I loved exploring the overworld and digging into the games numerous secrets.  I really enjoyed puzzles solving elements in the game, even though I felt there wasn't nearly as much as previous titles.  I especially love the music in this game.  The music alone is enough to get Ocarina of Time in the top 10 period. 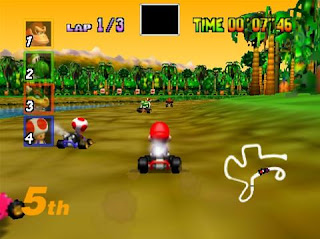 Mario Kart 64 was the pinnacle of multiplayer fun on the system.  I have fond memories of my sibling and myself constantly competing in circuit races or balloon fights for hours on end.  with a roster of only 8 racers, it was a blast no matter who you picked.  The courses were all fun and very unique as they tried to fit a theme tying it to a particular racer.  One of my favorite tracks is the Mario Circuit track which has Peach's castle from Mario 64 in there.  The soundtrack is one of my favorites for the entire system's library.  I could listen to the credits theme for hours on end.  To this day its still my favorite of the franchise. 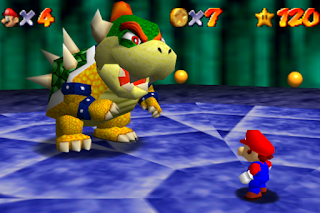 What can truly be said about this game that hasn't already been said.  Super Mario 64 is a game that is still played in my house to this day.  In fact it was my oldest son's first game.  It's a game that I have willingly bought multiple times.  I bought the DS port, bought it on the Wii U virtual console.  I even repurchased it for my N64 after my original copy vanished.  The way Mario plays and feels is second to none.  The levels are memorable and iconic.  The spectacular music continues to be a staple of the franchise with amazing tunes that keep getting stuck in my head.  I honestly don't know what else to say.  I could easily waste time running around doing absolutely nothing and still have fun.  That is a testament to the power of Super Mario 64.
Posted by HuBBs at 11:48 PM

This site is truly incredible. The data here will unquestionably be of some assistance to me. Much obliged!. motu patlu games