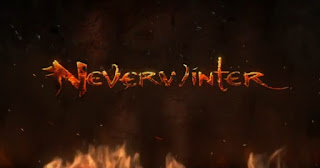 After finally getting my chance to jump into the beta of Neverwinter, I had spent a good chunk of time with Cryptic Studios' latest MMO.  The latest MMORPG to carry with it the history and linage of the D&D legacy incorporating the Forgotten Realms mythos and the popular location of two previous games, the capital city of Neverwinter.

Starting out the adventure requires you to create your avatar and to my surprise I found it to be very underwhelming.  Compared to the amazing character creator in Cryptics Studios' Star Trek Online I am shocked to see so few customizable options.  Dungeons & Dragons by tradition is all about advance customization of your character in that its a pure extension of you.  Unfortunately they seemed to have limited a majority of that. 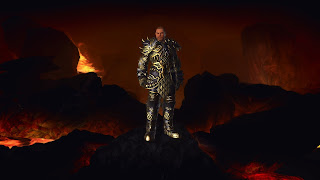 You have the standard selection of races ranging from dwarves, halflings, orcs, elves and humans each having their unique benefits and stat boosters.  There are only 6 selectable classes for your character and each have 3 sub classes for you to evolve as you play the game.  After that, you are given the chance to roll, and roll, and roll, and roll, and roll your stats til you either give up or manipulate some great stats.  The avatar customizations is very standard and on par with what's out there right now in the MMO world.  Adjust a cheek bone here, extend your height there, big breasts, bald head, tattoos, etc.

After all that, presto you can begin the game with a decent tutorial world albeit one that follows the opening tutorial setting of Dungeons and Dragons Online almost exactly.  You're character is stranded on a beach after your ship was destroyed by a giant killer dragon.  You run over to the friendly soldiers nearby and follow the basic instructions of how to handle the game and your off.
Right away I noticed that Neverwinter in terms of control and combat is very much the same as another MMO which I hold in high regards, Tera.  The combat is all action based at the click of a button, only skills needing to recharge, and having the ability to doge attacks, and interrupt attacks.  The combat is easily my favorite part of the game at this point.  You manage to gain a few levels before completely the tutorial stage and learn several essential skills along the way. 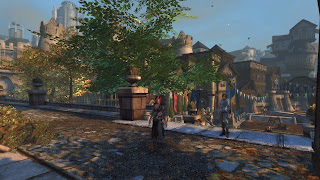 Some of these skills you learn are the class specific ones along with a daily power which is adapted from the 3rd and 4th edition ruleset.  Unfortunately the daily power has been reduced to being a meter that fills as you kill, kill, and kill.  Which is suffice to say you can use the daily power at least every five minutes or less after enough carnage.  You also learn passive skills that help out with aspects of your avatar like running faster or recharging health quicker, etc.

After the tutorial stage, you finally become a part of the vast city of Neverwinter where you can pick up quests left and right.  This also works very similarly to Tera where you can pick up multiple quests on the go and complete them in hurried succession.  Exploring the game isn't as open world as it seems at first.  You have huge areas to explore for sure but then you realize that you have an over world map that you select a location for in order to progress anywhere.  There are multiple locales in the city of Neverwinter itself aside from what's beyond the gates. 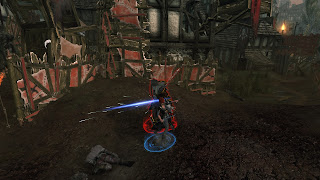 At the time, I have dabbled quite a bit in the PvP aspect of the game and it seems to be rather fun.  It's an arena based system akin to the first Guild Wars with teams of 6 people fighting for kills or holding locations to accrue points.  Of course the PvP is slightly unbalanced at the moment.  Certain character classes just don't stand a chance against one another.  If an opponent has multiple control wizards they can easily immobilize you while letting their teammates slay you quickly.  Fighter classes are at a heavy disadvantages at this point but it might be fixed with a patch update in the future.

So far Neverwinter is shaping up to be a stellar game aside from the small imbalances and limited customization.  There are new races that will become available over time as well along with the usual content updates.  Neverwinter is also in open beta with the promise of no character resets in the coming future so it is very possible for you to enjoy the game fully now.  However I will hold off on a review until the game has been cleared as officially released.
Posted by HuBBs at 12:55 AM