We continue down the list with games number 10 to 6.  See any games on the first part that brought back some memories?  Well let's see if we can jog some more as we continue to count down to number 1. 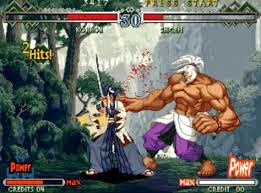 Last Blade 2, released by SNK for the Dreamcast, is one of the most technical and unique fighting games out for the system.  It takes a lot of inspiration from SNK's other weapon based 2D fighter, Samurai Showdown, but it plays completely different.  The controls are very tight for the surprisingly loose D-pad.  The graphics are amazing with lots of beautiful backgrounds and animated crowds.  The fighters are all incredibly unique in their styles, nicely detailed and well animated. 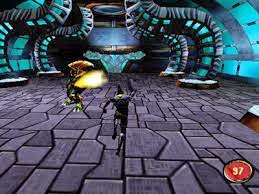 MDK 2 is one of those rare off the wall action games that doesn't take itself seriously and that makes it all the more enjoyable.  Before Deadpool graced consoles with it's off the wall and 4th wall breaking humor, we had the short lived MDK series.  MDK 2 had tons of huge levels full of big enemies and lots of awesome power-ups.  There's also 3 playable characters ranging from a four armed dog, an armor clad warrior and the mad doctor.  It's fast paced with lots of platforming and intense action. 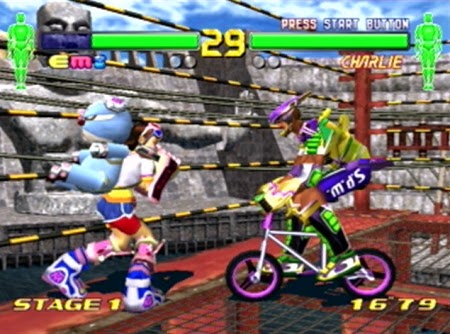 The bastard child from AM2, makers of the legendary Virtua Fighter.  Fighting Vipers 2 is truly an underrated fighting game that sadly many people don't know existed.  It carries over from it's Saturn predecessor the same quirky armored fighters.  All fighters are clad in layers of armor which can be broken off.  The stages are all enclosed but contain breakable walls which result in a ring out victory.  The fighting is fast and over the top as each fighter's personality and fighting style has never been duplicated.  You have a kid that fights with a bmx bike, a girl on rollerblades, a guy covered in steel car parts and many more.  It's just nonstop insane action. 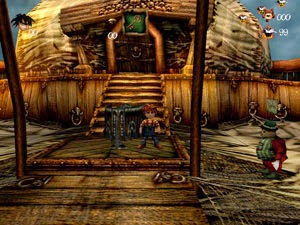 Exclusively released in Europe, Evil Twin is a very bizarre platformer that revolves around following a kid named Cyprius, traveling to a weird world to rescue his friends from the orphanage they live in.  It's dark and moody with a twisted sense of humor.  The graphics are highly detailed and the worlds are huge and imaginative.  The gameplay while a bit on the twitchy side, are still solid and enjoyable.  The plot is all over the place but the characters are all strong and help move the game along.  It's an enjoyable title that everyone should definitely give a shot if you're into importing. 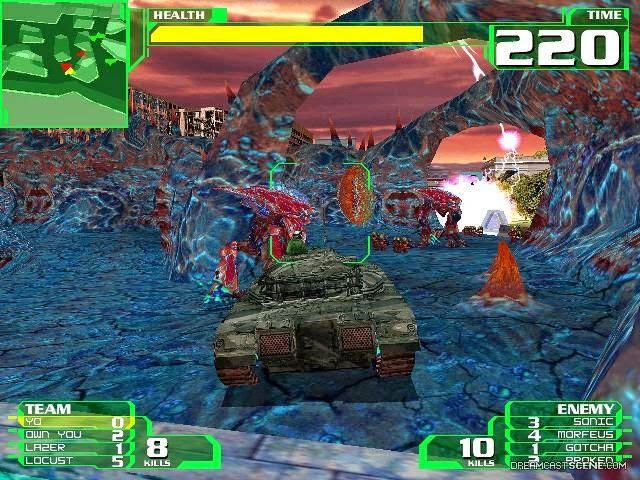 This game is nuts. Alien Front Online is an arcade title brought to the Dreamcast to help push the SegaNet service.  It was the first console game to offer voice chat online which was a big surprise for Sega fanboys.  Its arcade mode is intense with lots of replay value even if the game is no longer online enabled.  Hours of endless nonstop action as you try to claim victory in every stage.  If there was a game that Sega should consider bringing over to PSN or XBLA from their Dreamcast collection, this one is on the top of my list.
Posted by HuBBs at 8:23 PM