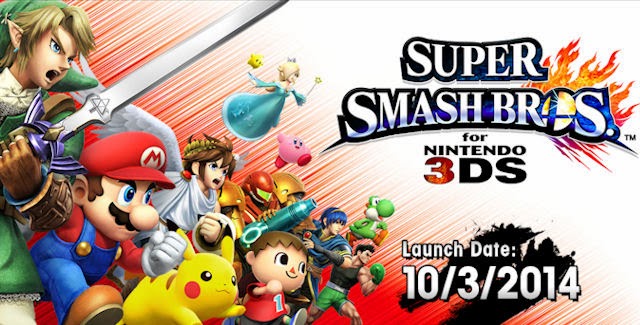 Here comes a new Challenger!  Yes the demo for Super Smash Bros. 3D is out on the 3DS and I was able to get some early access on it last week and I must say that I am obsessed.  As a fan of the series since the first Super Smash Bros. on N64 I had quite a few expectations for the new game on my favorite handheld of all time.  While playing I wanted to take a close look at the playable characters in the demo, the controls, the graphics, the soundtrack, and the layout of the menus.  I was extremely satisfied with a lot of these and I will explain more about it.

I was very worried about the controls because of being used to the N64 and Gamecube controller while playing the game, but to my surprise after about 4-5 matches I was able to get used to it rather quickly and easily.  I will say one thing about the 3DS and its controls and that is something that has been on the internet already.  I'm sure people know that gamers are complaining about bringing the joystick on the 3DS while playing Super Smash Bros and I have one thing to say to that, "how are you playing with such force that you would break the joystick?!?"  I have played roughly 5-6 matches a day and haven't had an issue with my joystick yet.  So I wonder why people are so rough on their controllers or systems.  I mean its a video game you don't have to be so forceful while pressing buttons and moving a joystick because we all know that it isn't going to make the player move faster if we slam the joystick to the left or right.  The one quirk with controls I had was the L and R buttons because when I was pressing them I would move the 3DS a bit and in turn the screen moved but it's nothing to dislike the game because it happens in any 3DS game I play and the same goes for my PSP and Vita. 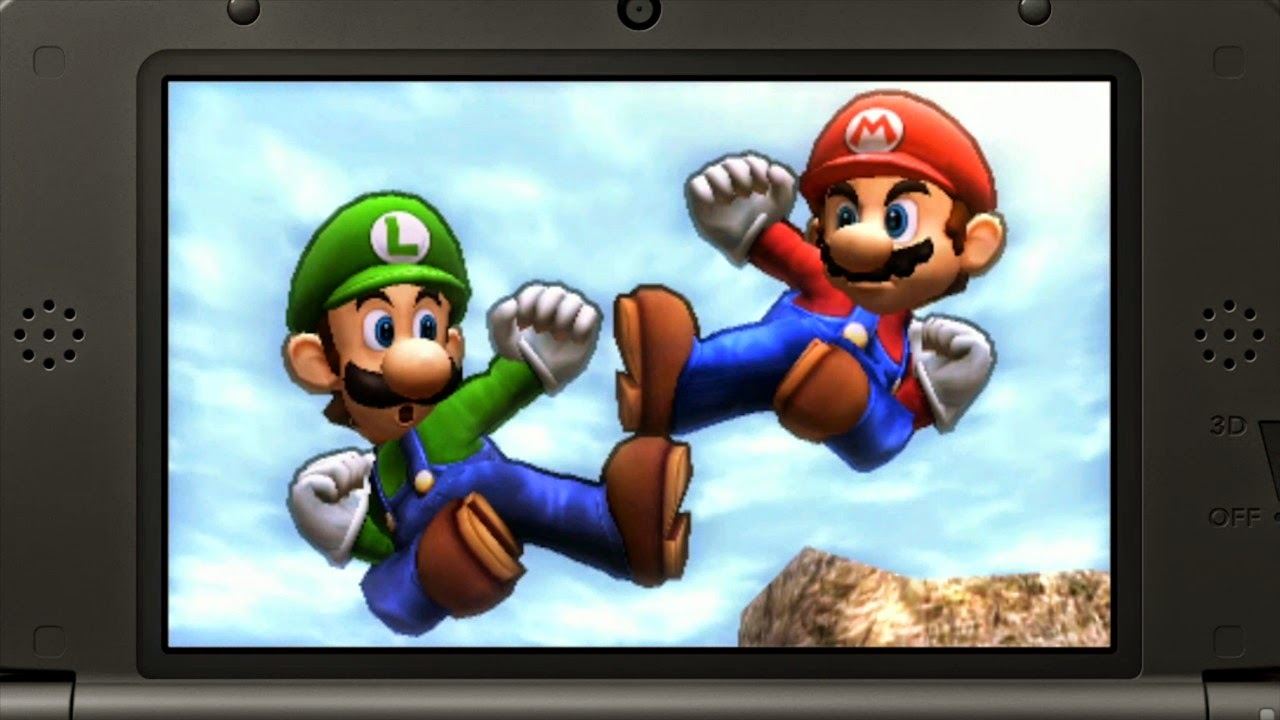 The graphics of the game were what I expected for the 3DS and I look forward to how the WiiU will compare.  The biggest thing I looked at in the demo was the 3D aspect of the game because it's the first time ever we can play the game in 3D.  I started the game by doing what I always do on any new 3DS game and that is watching the intro in 3D and then going through the menus and for the first 10-15 minutes I play the game in 3D.  So first off the 3D is pretty cool and a new take on the game that we all love.  Second, it isn't that bad to play in as long as you can keep the handheld rather still, if you move the system around while you play expect a huge headache or dizziness while playing because it will just be a pain in the butt.  I can only play the game in 2D because I do move my hands a bit while holding the system and it was a strain to try and look at the screen while playing.  All in all I am extremely satisfied with how the game looks.

The next topic will be a short and sweet explanation because there isn't a lot of it in the demo and that is the soundtrack.  In the demo we only get one stage to play on and so the soundtrack is repetitive but I believe with all the different level options that will be in the final game we can expect some awesome music and sound effects while playing Smash Bros. 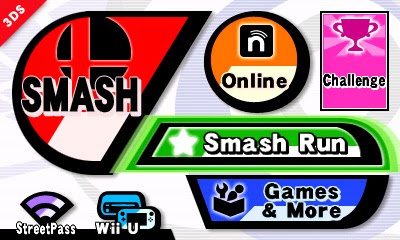 The menu layout is really easy to follow and even though it is a demo I was able to go through the menus a bit and saw some cool features that I was hoping would be in the game like there was in past games.  I saw some mini game style features and I'm sure when the Amiibos come out there will be even more options that will unlock and make the game have lots and lots of replay value outside of just fighting in multiplayer or going through the story. 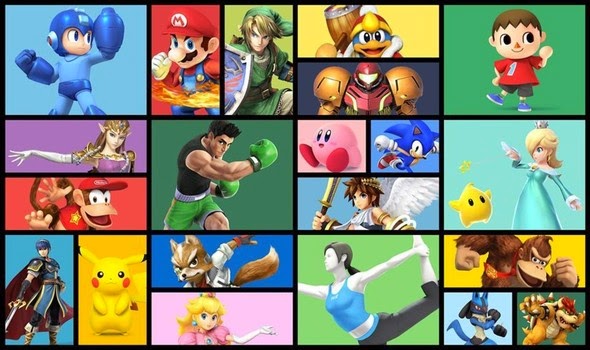 I have saved the best for last and that is the playable characters in the demo.  Of course we get to play as Mario, Link, and Pikachu in the demo.  I would have been shocked if we didn't to be honest.  But they gave us two new challengers to play as also and those were Mega Man and Villager.  I have played as everyone in the demo so far except for Villager because I like the controls and moves of the first 4 challengers I named.  I will be trying the Villager today and have only heard great things for him as a challenger.  In the demo, they do show all the characters that will be in the game and I am so pumped to try them all out.

I really believe that this game will be a knockout when it comes out in October and can't wait for the WiiU release as well.  I also feel that with the inclusion of the Amiibos we will see a lot of good feedback on Smash Bros.  I highly suggest everyone try out the demo and play this game.  It will be amazing when it comes out next month.

This is a splendid web journal! I'm exceptionally content with the remarks!.. motu patlu games