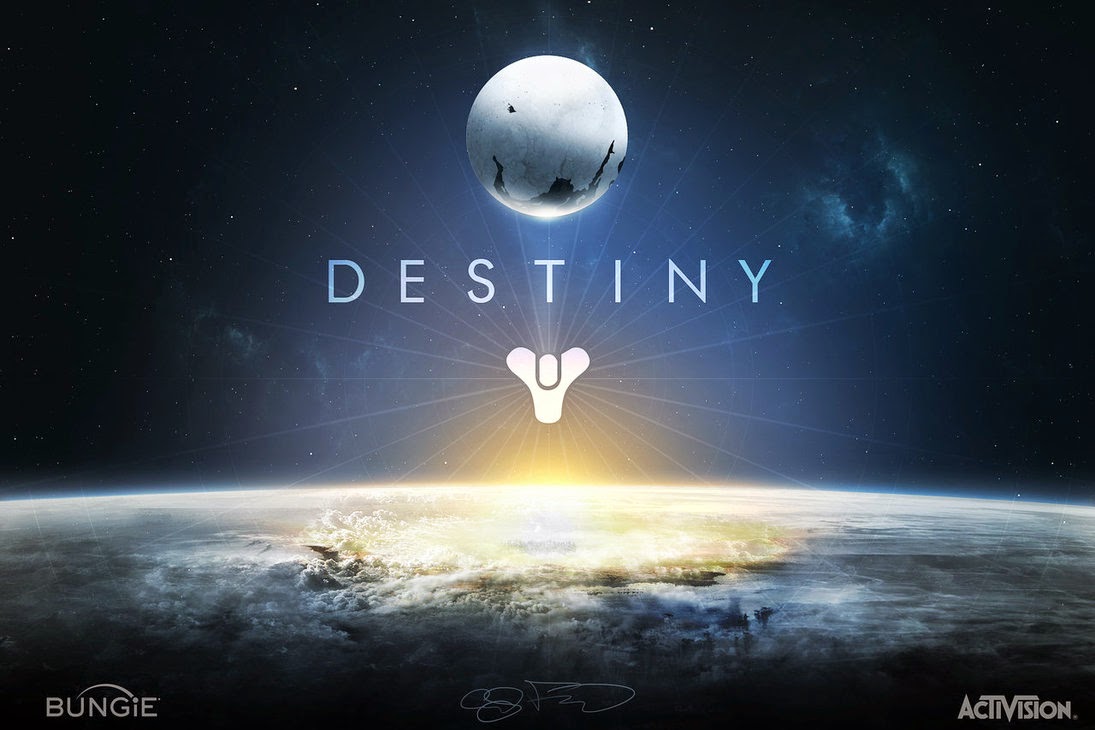 The time has finally come to chose who you want to be and take on the Hive, Fallen, Vex, and Cabal.  Do you choose Warlock, Titan, or Hunter?  Each have their own special abilities that will help decide the fate of your Guardian. For my first character I chose a Warlock because every time I get a chance to play a wizard like player, I go for it 110%!  The Warlock I love because he has two special items you can level up one is Voidwalker and the other is Sunslinger.  I prefer the Voidwalker because it is more powerful in the PvE aspect where I have found the Sunslinger is more geared toward a PvP character because it's special ability can help out the whole team and you as an individual.  I love that the game gives you so many choices on weapons, armor and abilities because ultimately you control your "Destiny", pardon the pun.  Now as I continue this review remember I have only played as a Warlock character and that is how I am basing my review of the game.  I will be trying out Hunter and Titan now that my Warlock is a level 20 and I'm working on its light levels.

Destiny is an always online game which means it is constantly running on servers so that you will always see other players roaming around while you are completing missions and certain missions actually require multiple Guardians to complete.  This is perfectly fine with me because I have helped out others on their missions even though I wasn't part of their Fireteam and have also received help from others in the same way.  The biggest downfall with it being on servers that I've noticed is that when the servers go down it means you take a break from the game.  I had a poor experience where I was finishing a mission and as I was about to complete the mission I was kicked from the server and had to start it over.  Thankfully this has only happened once and so hasn't been as big a problem for me as it has been for others. 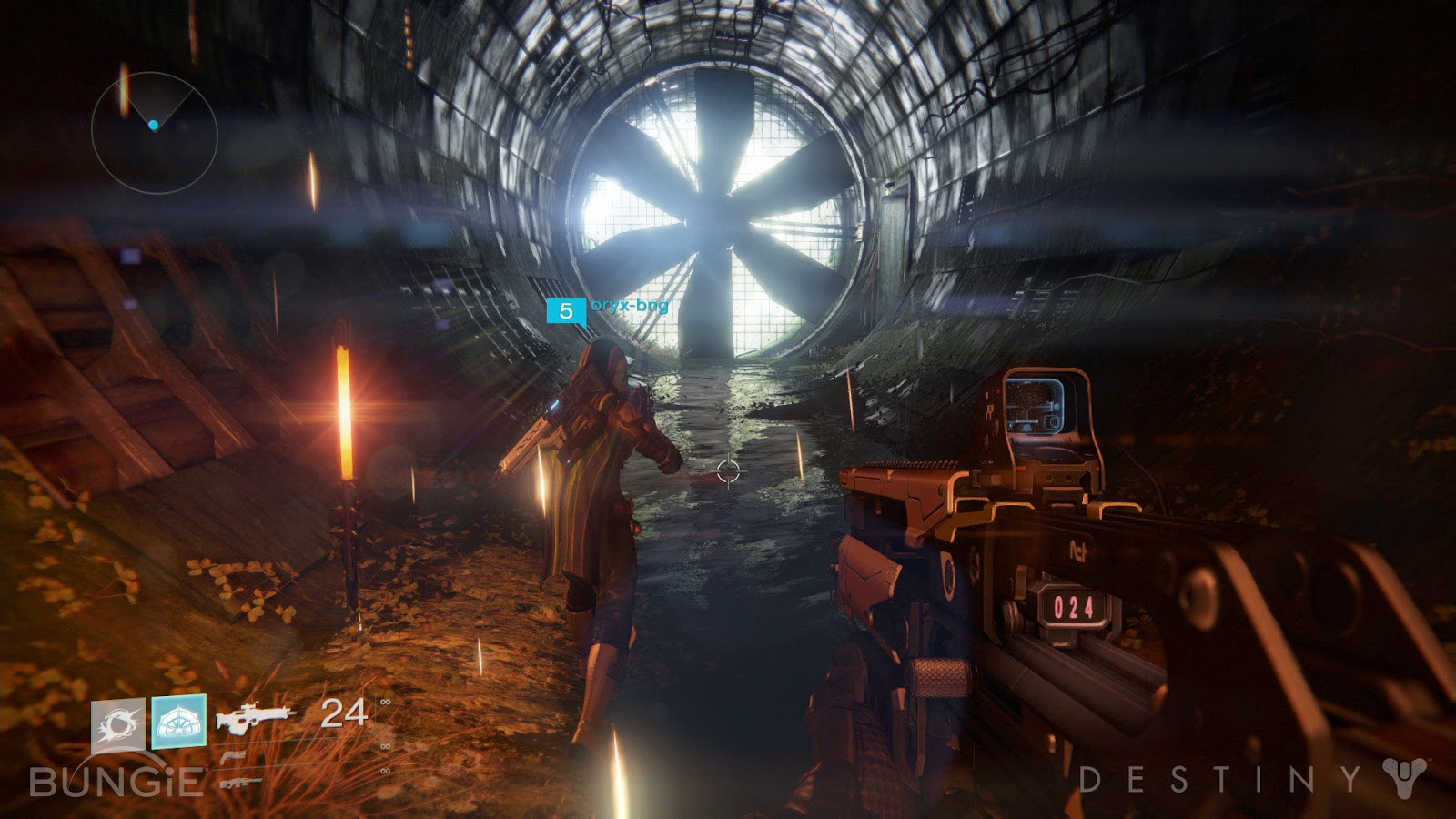 There are so many fun missions that you will experience on places like Earth, Moon, Mars, and Venus that you will go back and play again because you will want to keep picking up bounties from Tower and completing them as often as possible to help level up your character.  I can honestly say that I have completed some of the same bounties at least 10 times if not more because it has helped me get to level 20 quicker and because I have received some awesome awards from completing the strike missions.  The grinding that I've been doing on this game can be very repetitive but I don't even care because of how much I love playing this game.  I have only enjoyed grinding a game in Pokemon and Monster Hunter to make my characters stronger and I now find myself doing the same thing in Destiny and not becoming bored with the game.  I am still impressed at how amazing the game looks and plays that I find myself playing this game for hours at a time.

The multiplayer matches are called Crucible and can be very unforgiving.  It doesn't matter what level your Guardian is because everyone is equal with armor and weapon power in multiplayer but unless you can pull off head shots easily you will not survive.  I rarely ever play multiplayer because my accuracy isn't as good as other players I go up against and it can be very frustrating.  I find myself only playing multiplayer to try and complete bounties.  Otherwise I steer far away from it because I am not as skilled as other players.  This is the one part of the game that I dislike the most but I know that with practice and continuous playing I will get better at it and be able to complete those bounties quicker.  I have also noticed that Warlock characters don't play as well on PvP as opposed to Hunters or Titans.  I think that once I level up my other characters I may have a different look on the multiplayer part of the game. 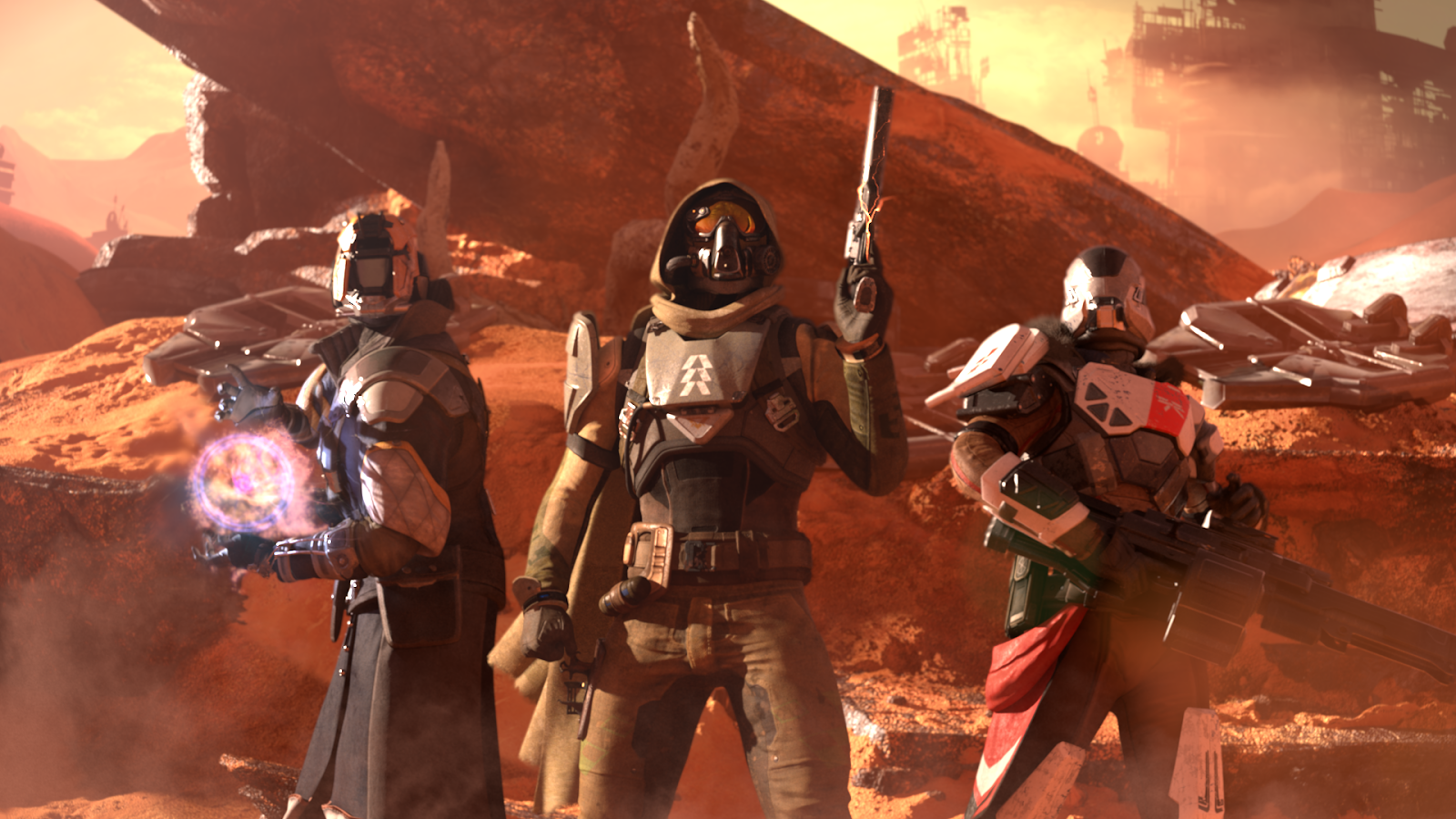 With Destiny do expect to do some grinding of items and missions because the max level is 20 and then once you reach that point you can start to earn what is called light levels and those are achieved by finding rare loot and rare armors and weapons.  This is one thing that I love about the game, it has so much replay value that a lot of players including myself wont mind re-doing missions and finding all the loot that is in the game.  I have seen so many weapons and armors that are for various level characters that my mind has been blown as to how big this game actually is and has inside of it.

Destiny was stated to be the most anticipated game of the year and I do believe that they delivered on all the hype and I strongly look forward to the DLC to keep the game going.

I wish all Guardians the best of luck and enjoy the game!  Also if you were a fan of Borderlands this game is right up your alley!

I am consistently stunned by the measure of data accessible on this subject. What you displayed was all around looked into and eloquent with a specific end goal to get your stand on this crosswise over to every one of your perusers. motu patlu games