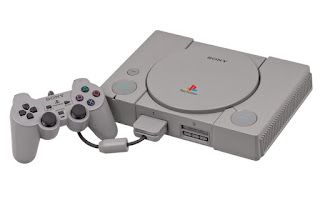 Low and behold at the system that turned a would be contender into a juggernaut of the video gaming world.  Once originally supposed to be an CD add-on for the Super Nintendo, that quickly changed as Nintendo dropped Sony for a separate system from Philips. An insulted and hurt Sony quickly turned things around and beat Nintendo and pretty much everyone else for the next 20 years for Console dominance.

As I had posted years ago for the 10th Anniversary, I never owned a Playstation growing up during its run. But that hasn't stopped me from buying some of the great games that came out for it and playing them.  Over the next four days I will be presenting my top 20 favorite Sony Playstation games. 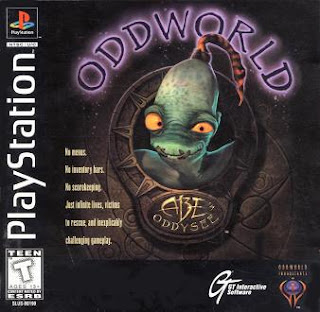 Oddworld is one of my favorite classic platformers. Its game play and control style is akin to Flashback and Out of this world. Oddworld is a fast paced game with tight precision jumping, panic inducing chases, and fart humor that can easily put a smile on anyone's face.  It has a ton of style and personality that struck a cord with me. Definitely one of the most memorable games of the early Playstation life cycle. 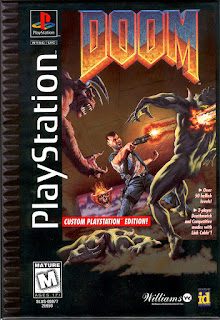 Hands down, the Playstation port of DOOM was the best home console of the game.  DOOM played well on the Playstation controller and nearly everything from the PC port was intact save for some changes to several levels and brand new levels mixed in.  It had a smooth framerate, the music didn't sound like it was coming from a Tuba, and the action was intense.  DOOM 2 was also included in port of the game giving us literally hours upon hours of nonstop, heart pounding, monster slaughtering fun. 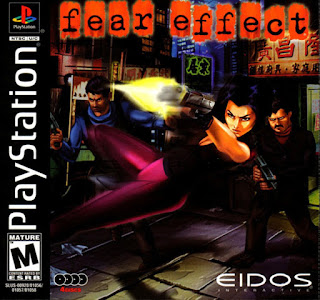 Let's be honest, people only remember the sequel of the dead franchise because of the saucy and racy advertising that preceded it.  While Fear Effect 2 was indeed a good game on its own merits after you got past the sexy lesbian ad campaign, it just didn't hold up as well as the first game.  Fear Effect is made in the style of the Resident Evil games as a survival horror game with a solid story, excellent cast of characters, and excellent game play. 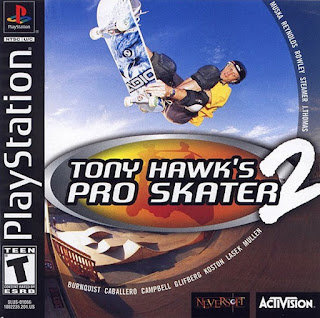 Holy crap!  I can't think of a game on the system where my brother and I spent countless hours competing and unlocking everything in a single game.  The first Tony Hawk game was amazing in its own right, but Pro Skater 2 took it to another level. Tons of awesome levels with crazy layouts and tons of secrets to be had. Pro Skater 2 also has a huge compilation of amazing music ranging from hip-hop to punk rock.  My brother and I spent numerous hours in all the various co-op modes that the game had that I can't help but look back fondly on this game. Sadly I can't say the same about the games released after this. 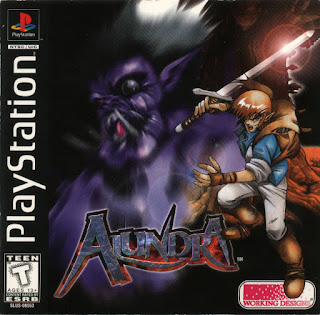 Alundra is a Zelda-esque top down Adventure game that easily stands out on its own.  The 2D sprites are beautiful and nearly unrivaled on the system and the music that accompanies it is captivating.  The puzzles and combat are brain scratching and intense at times, forcing you to think on the go often.  Alundra's world feels somehow fresh and yet familiar all at the same time which draws you into the game even more. The plot and the idea of entering someone's dreams to save them to combat an ancient evil is a novel concept that definitely help make Alundra stand out and easily be one of my favorite games of the PSone.