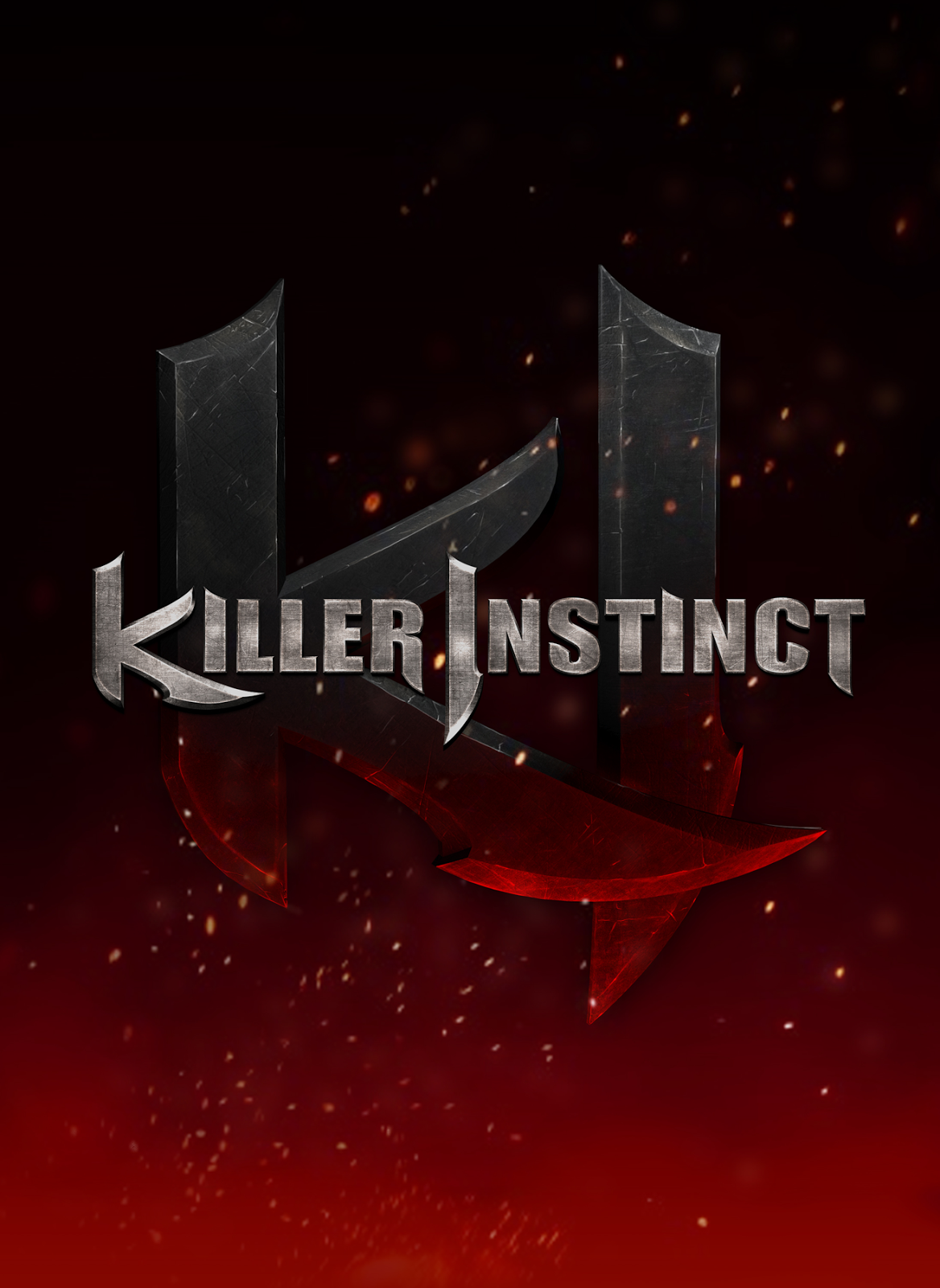 Killer Instinct was a day one Xbox One launch title that in all fairness, was an incomplete game. Six characters, a limited online mode, no story mode, and oddly enough one of the most in-depth training mode around.  So to review the game on those merits alone would probably make people not even bother looking into the famed franchise.  So I figured it would be fair to review the game after it's final season one update which finally made Killer Instinct a full game.

For the younger generations, Killer Instinct was a crazy combo fest fighter from the mid 90's that was developed by Rare exclusively for Nintendo to help demerit their kid friendly image.  the first Killer Instinct was a great game in its intense twitch based combo system, counters, fatalities and fast paced gameplay.  A few years later, Killer Instinct 2 was released with more characters, more insane combos, a new auto-double combo system, and better graphics.  Needless to say that the franchise was dropped and completely forgotten by Nintendo and Rare since then.  Some years later Rare is sold to Microsoft, and the rumors start flying about a KI revival during the entire lifespan of the Xbox 360.  So just before the announcement of the Xbox One system, we received confirmation and here we are a year later. 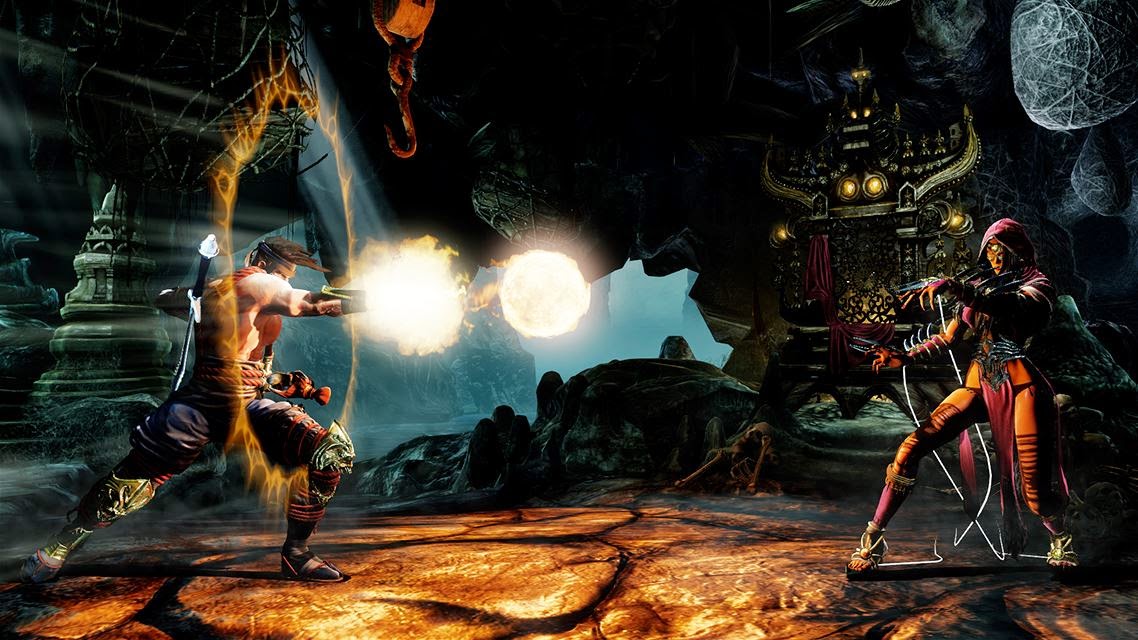 Killer Instinct Season One has a small cast with some of the staples characters making their return to the arena.  Fan favorites like Jago, Sabrewolf, Spinal, Fulgore, Orchid, Glacius, and Thunder are joined by newbie Sadira.  Every character feels fresh and exciting, minus Jago and Sadira, after their fifteen plus years hiatus.  Each character handles really well, their attacks are incredibly flashy and their updated looks are very pleasing to the eye.

In the main menu there is an option to accessorize your characters with in game cash that you earn to give your chosen warrior their own unique flair.  Want Orchid to wear a cowboy hat and use cheerleader batons, there you go.  The accessorizing isn't the only options available for you to play with in the menu system.  There's tons of unlockable stuff ranging from art, music, stages, costumes and so on to be purchased with the in game currency, which can be earned by playing.

That's enough derailment about the side stuff in the game, the main question is, is Killer Instinct viable as a fighting game in this generation of consoles.  The answer is a whole hearted yes and I'm not saying that as a fan of the franchise.  The people at Double Helix were given a huge burden to carry out by bringing back the most requested game from Rare Studios' catalog.

Control wise I found the game to play surprisingly great on the Xbox One's new digital pad.  While it's a major improvement over the Xbox 360's d-pad, it still has some issues.  Yet Double Helix made Killer Instinct very responsive to the button layout and d-pad of the Xbox One controller.  There are times of course where a slight movement could mean an extra input, like accidentally jumping or messing up a special move, but it's very solid for the most part.

Killer Instinct's combat system had many tweaks made to it, some greats additions and some unfortunate favorites left out.  The content they left out includes the regular and stage fatalities that were so over the top, that they made the earlier games that much more fun.  I'm not entirely sure if they were left out due to time constraints for the Xbox One exclusive or if they really didn't feel it would contribute to the whole experience but they are sorely missed. 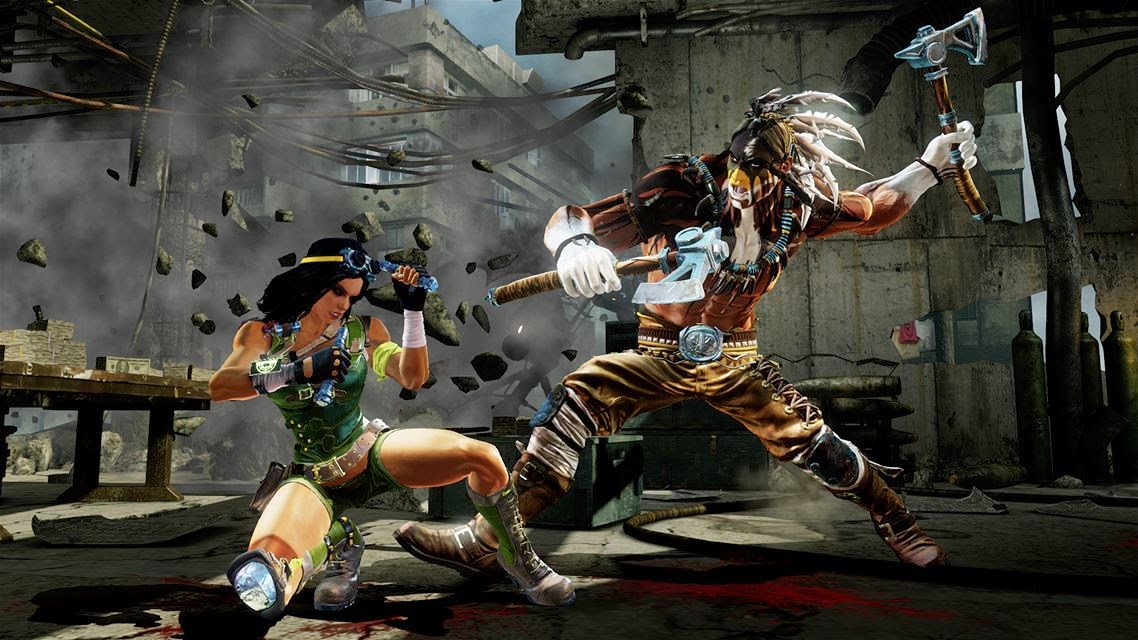 The great additions to the game include a whole bunch of stuff ranging from character specific Instinct Mode abilities, Combo Breaker lock outs, Counter breakers, and Shadow moves(EX special moves).  Each character has two meters, one for Instinct mode and the other for shadow moves.  The shadow meter is used pretty much the same as any other fighting game.  You build it up by combo-ing or getting hit and can use it to perform high damaging multi hit attacks.

The Instinct meter is build up gradually the same way but each character has a different ability when activated.  Orchid is able to summon a shadowcat that runs across the screen, Glacius can give himself armor that absorbs a hit, and Sadira is able to cast a webbing ability that paralyzes her opponent if they aren't blocking.  These abilities are a mixed bag because some allow certain characters to easily be over powering like Sadira's webbing which allow her to continue a forced onslaught letting her build meter and effectively neutralizing an opponent who has no ability to escape.

The combo breakers are still here as they have been since the original game although a bit easier to perform now.  In Killer Instinct, all you have to do to easily combo break is match up the button press with the strength of the moves being used in the combo.  if you guess wrong on the input, you are put into a lock-out which prevents you from using another combo breaker for a period of time. Another deviation is that now opponents no longer take damage from a combo breaker as they used to in the previous two games.  The problem I have is how incredibly easy it is to pull off combo breakers by simply guessing, granted the payout for someone that is wrong is great

New to this Killer Instinct is the Counter Breaker which mixes up the intense action by countering your opponent's combo breakers.  Being able to read your opponent and predict when they will attempt a combo breaker adds a new element to the series and when guessed right, adds a very rewarding feeling.  It's a move that can allow higher tiered players to get in the heads of weaker opponents that love to mash for the breaker.  Being able to predict and land a proper counter breaker will allow your combo chain to last even longer and do more damage. 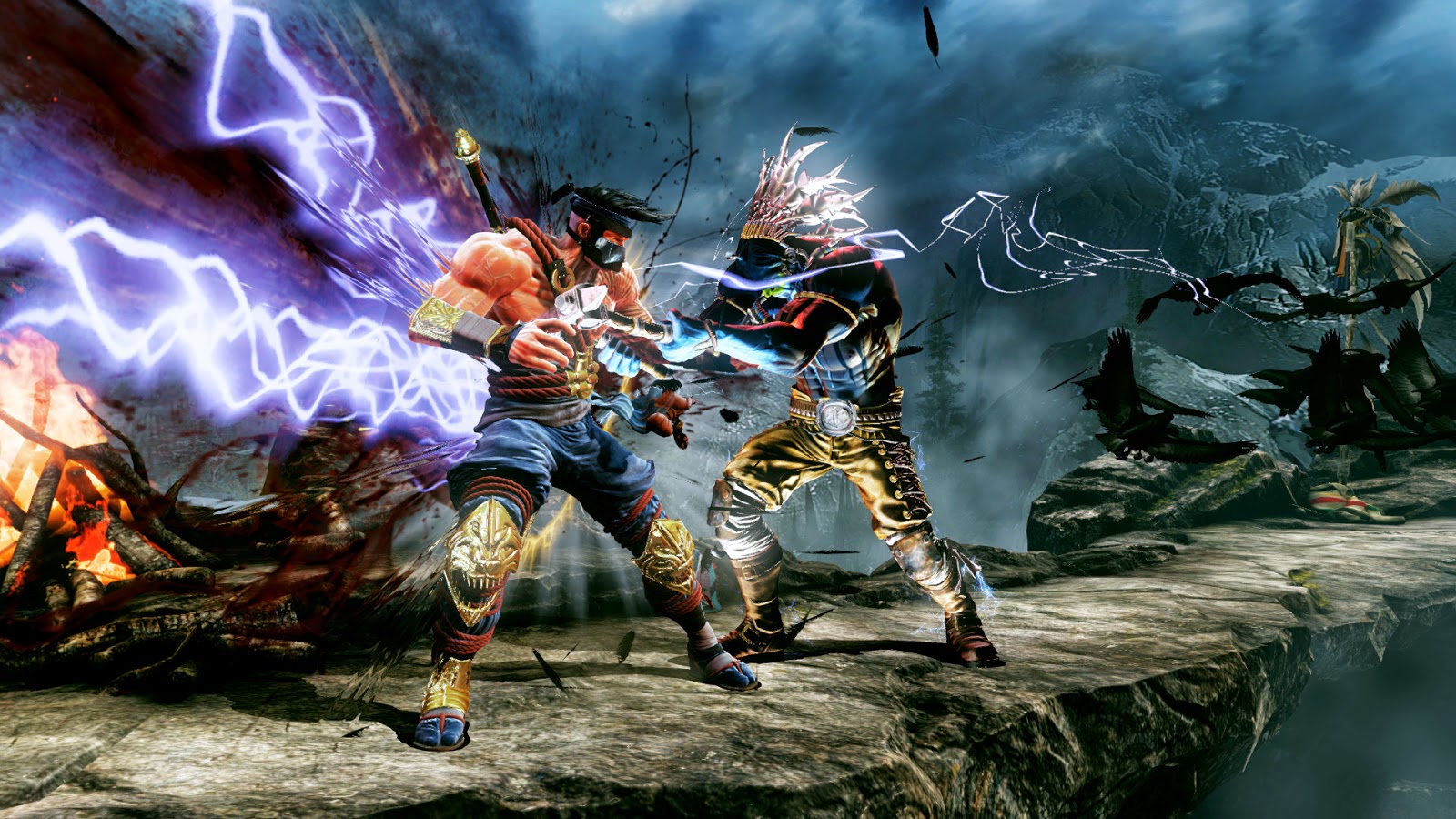 With exception to some of the Instinct mode abilities, Killer Instinct feels like a very balanced game with all the new mechanics and small cast.  The overall speed of the game and the momentum can shift quickly thanks to all these new tools.  There are multiple chances for anyone to quickly turn the tide or manage to cement their victory in brutal fashion.  Now there is one thing missing and that is the fatalities.  In the older KI games, each character had a couple of fatalities and certain stages had one as well.  In their place are easily executable Ultra finishers which are combo finishers can are all for flash.

In terms of game play selections, there i a good variety of stuff to do.  You can enjoy the Story mode which to be host is on the short side.  The game's story once again revolves around the evil industry giant, Ultratech.  Ultratech has come into possession of a spaceship owned by Glacius, whom crashed landed, and plans to use the technology to create their army.  Each character's story is linked in one way or another to that plot and it plays out in still rotating 3d still shots.  There's also an incredible robust training room that teaches you all the essentials of playing Killer Instinct and a dojo for you to test out your combos, check hitboxes, and mess around with strategies.

The other mode of play is the online mode.  Here you can go up against groups of people in lobby matches, fight randoms in ranked mode to level up and earn in game cash for unlockable content.  The online portion is hands down the biggest draw for all Killer Instinct fans and it's execution is honestly a mixed bagged.  For the most part, it has probably one of the best net codes for a 2D fighter, but at the same time it still pales in comparison to other fighters like Virtua Fighter 5 FS and BlazBlue which does a better job.  The lag isn't actually that bad but from time to time there might be a button input that doesn't go through or the game will hang at the character versus screen.  Overall it's incredibly impressive.

I really could go on and on about how great Killer Instinct is but seeing as this review is a bit late after the completion of Season 1, I won't drag this on.  Killer Instinct for the Xbox One is an incredibly fast paced, exciting game that is both intense and fun to play.  This marks the triumphant return to one of the best fighting games franchise and hopefully Season 2 isn't to far away.  If you haven't bought it already, do yourself a favor and try out the free version.