And here we continue the countdown for my top 25 Sega Genesis games.  This time we are knocking out numbers 20 to 16.  Click here to check out games 25 to 21. 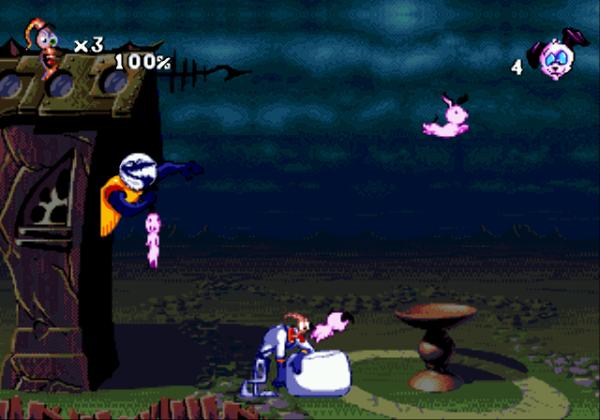 Earthworm Jim came out of nowhere and captured the gaming world by storm. During an era when every company was trying to create a mascot with 'tude, many have failed and only a few managed to pull it off.  Shiny Entertainment pulled it off with the first Earthworm Jim game with its unique blend of action, humor and challenging gameplay to capture our attention.  However, the sequel outdid the first in every way possible. Bigger stages, better music, quirkier humor, and upping the ante on it's game play.  Definitely not a game to be passed up.

The Genesis was short on RPG's during it's run, but there were quite a few that stood out and amongst them was Phantasy Star 2.  Phantasy Star 2 was a unique RPG as it delved more into a technology based Sci-Fi RPG as opposed to the numerous classic medieval setting RPGs that were everywhere.  The turn based system and overworld were very unique, the music is highly memorable and the story and characters was totally engaging.  Phantasy Star 2 was also the first RPG to kill off a main character in a dramatic fashion well before the infamous FF7 scene. 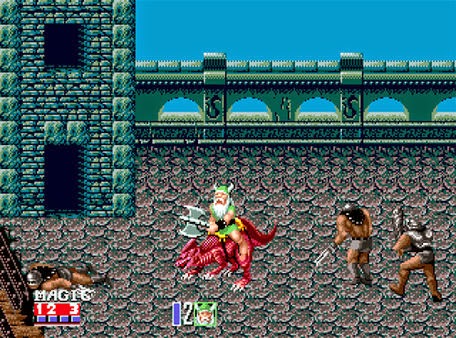 Golden Axe 2 is one of my all time favorite hack and slash brawler games.  The sequel had better graphics, better music, better spell effects and was even tougher.  I loved riding around the variety of mounts that were in the game and the spells that each of the 3 characters had were amazing to see at the time.  The action was constant and you had to go thru wave after wave of minions, undead and beasts to reach Death Adder. Still one of my favorites to this day. 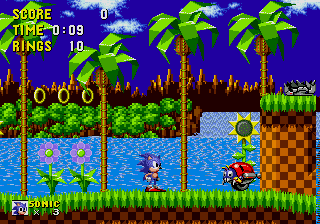 The game that helped make Sega a household name.  The first Sonic game was outstanding in many ways.  From a marketing standpoint, it was brilliant with the phrase "blast processing."  The gameplay was stellar, the music was exciting, the graphics were eye popping and colorful, and the character was brilliant. Sonic and his 'tude helped usher in the era of animorphic mascots that would plague the gaming world for most of the 90's.

Hands down one of the most addicting multiplayer games of all time and the best game in the entire Bomberman Franchise.  Aside from an excellent single player quest mode, Bomberman's multiplayer mode is one of the best around.  It's fast paced with lots of unique characters to pick, amazing powerups, interesting kangaroo mounts with special abilities and tons of bragging rights.  The only problem with Mega Bomberman is that it would be hard to put down.
Posted by HuBBs at 10:44 PM