Treasure made some of the best games on the Sega Genesis and hands downs, Gunstar Heroes is on top of the pile.  It's non-stop, in your face action from start to finish with some of the most intense levels and crazy weapons.  The bosses battles are fun endurnace matches that test your mettle and the music is some of the best for the entire system.  The game gets even more crazy fun when you have a buddy teaming up with you. 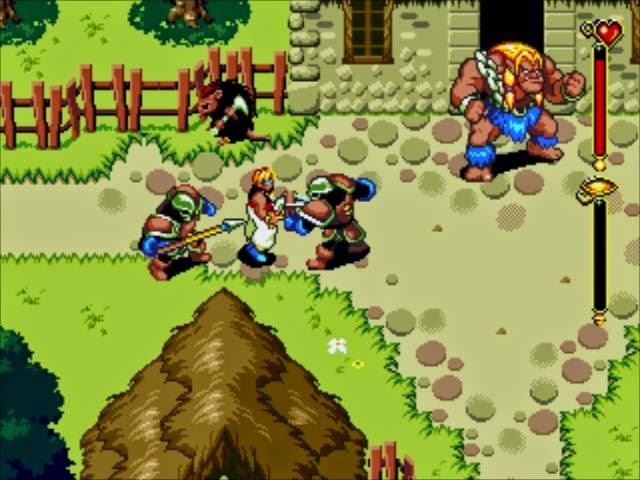 Sega's answer to the Zelda franchise, Beyond Oasis doesn't disappoint.  Beyond Oasis is a huge beautiful game full of action, puzzles and a great story.  The game's pacing is brilliant as it slowly introduces your spirit companions.  The combat is excellent as it forces you to think of your toes with the variety of enemies thrown at you and the environmental hazards all over the place.  The multitude of weapons and magic is great and overall, Beyond Oasis is a solid game. 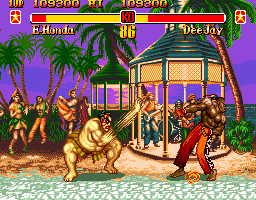 No questions asked, this was the most played fighting game in my household growing up.  There have been countless hours lost with me playing against my brother and friends.  The new characters, the new moves added to the existing cast, the amazing graphics and addicting gameplay just shows how well rounded and amazing Super Street Fighter 2 is to this day. 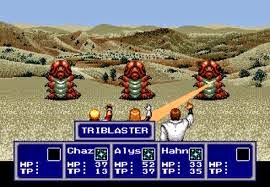 It is a crime that Phantasy Star 4 to this day is easily one of the most forgotten RPG's of not only the 16bit era, but in the genre to date.  People seem to bring up the first two games, but the 4th installment has constantly gotten the shaft.  The graphics and music are among the best of the system and before the release of Pier Solar some 15 years later, was the biggest game on the system.  The combat engine is robust and very flexible with lots of unique strategies and combo attacks.  The story is extremely engaging and definitely going to keep you sucked in.

Some would say Sonic 2 was the pinnacle of the series. Not for me.  Sonic 3 and Knuckles was easily the best game in the series as it offered tons of stages, 3 characters to play as, huge levels to explore, and tons of secrets.  The game play is leagues above the first two games with all the unique power-ups, crazy boss battles and fun bonus levels.  This was the game I played the most and still often play to this day out of all my Genesis games as it is a testament to everything that made the Sega Genesis one of the best consoles to ever grace the gaming world.
Posted by HuBBs at 7:26 PM