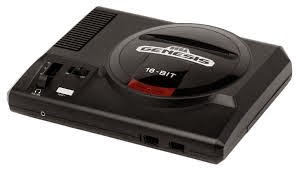 Seeing how it's the 25th anniversary of the Sega Genesis (Megadrive for the rest of the world) I see fit to join the masses and do a cliched top games list for the fabled system.  The Genesis was my catapult into what made me a Sega fanboy for the longest time up til the Dreamcast's demise.  So let's honor Sega's most successful home console with a Top 25 games list.  Keep in mind this list includes games I had played numerous times either by borrowing from a friend, renting, owned, or have owned.  Here's part 1 of 5 that will span out the next five days. 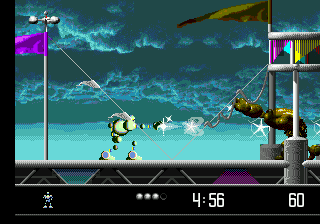 The Sega Genesis was on it's last legs as the Saturn was trying to find it's footing.  In comes Blue Sky with a phenomenal action platformer that had style, personality, and intense challenge that you had to be crazy to look the other way.  Vectorman blazes through uniquely designed levels full of quirky power ups that increase firepower to transforming you into a bomb.  Sure the game's hero reminds me of the horrible Balls fighting game, but once you get past that, you're in for one hell of an action packed ride. 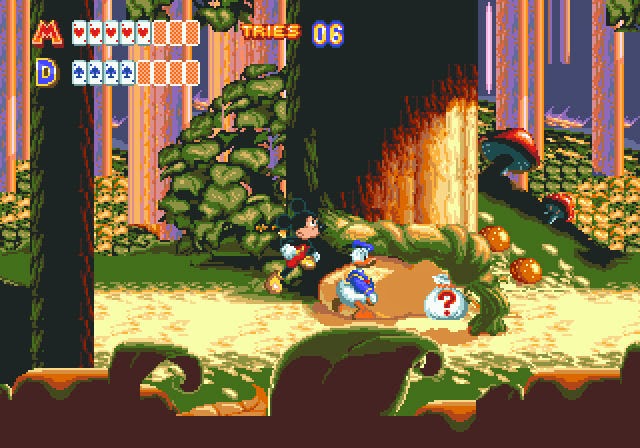 One of many great Disney games to be released for the system.  Providing awesome co-op gaming in this sequel to Land of Illusion.  Mickey and Donald team up to tackle everything that is thrown their way from an evil sorcerer.  World of Illusion ups the ante with huge colorful worlds, lots of challenging action and addicting platforming that proves how fun Disney game's in the early 90's were. 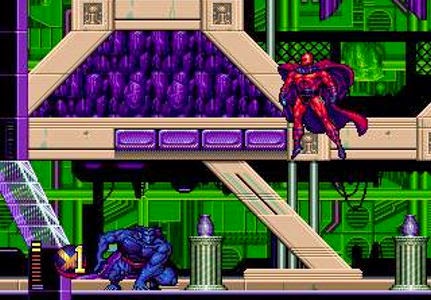 Say what you want about the first X-Men game, it's only memorable because of the Soft Reset you had to perform to beat one of the stages in the game.  X-Men 2 pulls a similar shocking stunt by booting to game into a level and randomly picking a X-Men for you to control.  X-Men 2 has some great stage designs, excellent graphics and allowed you to play as Magneto upon defeating him.  That definitely makes it a win in my book.

Unlike the majority of Disney games, Looney Toons based games weren't universally well received.  Taz Escapre from Mars was one of the rare exceptions.  The story sounds like an original idea for a looney toons episode as a matter of fact.  Take control of Taz and help him escape an exotic alien zoo controlled by Marvin the Martian, and other alien worlds to get home.  The graphics were great as it actually looked like a cartoon and the controls were top notch.  Not to mention it was fun as hell to devil spin through entire levels. 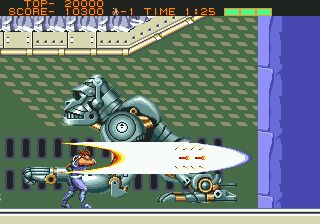 One of the first games I ever played for the Genesis.  Strider to this day is still a top notch action game with fast paced and challenging gameplay that will definitely keep you hooked.  The atmosphere in Strider is dark and dreary as you play a futuristic ninja attacking an evil Wizard in a world that is completely mechanized., It's surreal, it's exciting and it's fun.
Posted by HuBBs at 7:57 PM